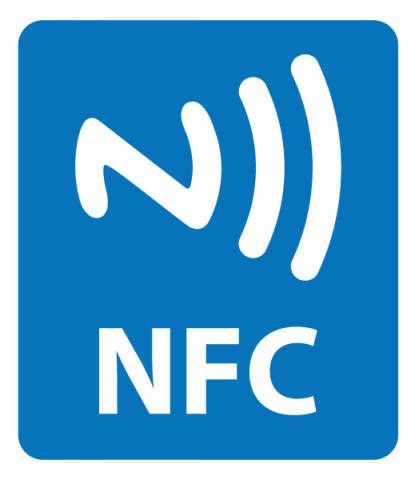 NFC (Near Field Communication) is a fast moving technology at the moment – you might have it in your phone already or not. Many Android phones contain an NFC chip, but iPhones don’t support that technology yet. However, the mobile industry is looking forward to implement NFC into more and more phones.

The biggest selling point of NFC chips has been the ability to literally tap your mobile on a payment terminal in a supermarket, in order to pay for your goods. This definitely will save up the struggle of finding your wallet or looking for some change. Samsung promotes NFC, in order to share music playlists or other private videos by just tapping both NFC equipped phones together.

But the future will definitely be the power of NFC being able to unlock doors with any keys. You have surely seen or experienced employees using keycards that either uses NFC or a NFC similar technology to get access to restricted areas. However, think about a keycard, which is directly integrated into your NFC-equipped mobile phone? This would open up so many possibilities for homeowners, such as changing all you door locks to NFC door locks. That means you can leave the house just with your phone and wallet, without making sure if you got your keys with you.

That’s not it – Imagine, you could be able to grant someone a time-limited access to your house with a NFC equipped phone! Fraunhofer Society, a German research organization, is working on a system called Key2Share, which simply emails the people with a logical extension of the technology, in order to gain access. This could even revolutionise the hotel industry, by means of by passing check-ins for visitors. The hotels could easily send a key to customers via test message or e-mail, which will avoid them to unnecessarily queue up.

There are already a handful of similar products on the market. For instance, Lockitron is a Wi-Fi connected apparatus, which can be fitted above an existing deadbolt and use to remotely grant people access to your house. This gadget doesn’t require a NFC-equipped phone though. Hence, to all the iPhone users out there (including me) can program the door to unlock when they get close enough to it.

In the UK, the composite doors manufacturer Yale Door has introduced ‘Key-Free doors’, which allows homeowners to open the door with a NFC-equipped remote control or by typing the code into the keypad. It is as quick and easy like unlocking your car with the remote control. Another upstart called Onefinestay uses connected keyless entry systems to let people rent out their homes without exchanging physical keys with renters.

So you see that the NFC technology is on the roll – slowly and steadily. After those innovative inventions of Fraunhofer or Yale Door, our world will definitely change their lifestyle towards NFC. The only thing I’ll give you as an advice though – Don’t forget your phone, or buy a back-up phone, which you can hide in your bag or somewhere else! 😉

In this article:iPhone, Near field communication, NFC, Remote keyless system 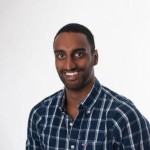