With the ever rising demand for high resolution images, is there a possibility that the new mid-sized digital sensor bridges the gap between high resolution DLSR’s that are currently on the market and the large format cinema?

Medium Format is a technique that has for a long time been used to refer to a format where film is used in cameras and equipment for use in still photography. In essence, the term medium format refers to film and digital cameras that use a media larger than 24mm by 36mm but smaller than 4 inches by 5 inches to record images.

Over time, medium format film has transitioned from being the widely used film size to something for use by professional photographers and amateur photographers. However, it is still to a larger extent the most widely used format in comparison with the large format. The main disadvantage of the medium format is the price; it is quite an expensive option of photography as medium format digital cameras retail at very high prices.

The major advantage of this type of photography is that due to the film’s large size and the digital sensor which is 6X larger than 35mm, one can produce high resolution images. The implication of the larger images produced by the camera is that it provides an allowance for bigger enlargements and a smooth gradation without the characteristic blur found in enlarged images taken by small film formats. In addition, the enlarged film size afforded by the medium format films is the enhanced control of the field depth of an image which translates to increased photo creativity.

Currently, Hasselblad are the major providers of medium format cameras and film. However, the most recent development in photography is Fuji-film’s research into production of digital medium format sensors for use in digital cameras. The implication of this venture is that the market will be flooded with an array of options for digital cameras. Consequently, professional photographers and amateur photographers will be able to produce high resolution images a lot more easily. Although, Hasselblad will have a new competitor, one can only wait to see the impact of this strategy on the market share and the price of the cameras. Either way, it won’t be such a bad thigh for the buyer as it can only mean more options! 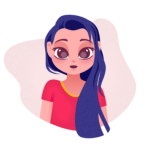 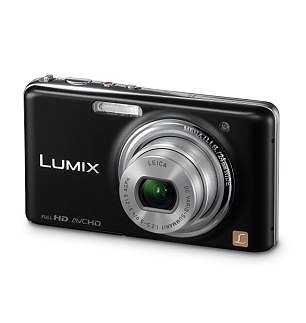 Technology advancement is not limited to the world wide web and Internet alone as can be seen in Panasonic’s new digital camera, the Lumix...

Image by Getty Images via @daylife Facebook has begun testing a face detection technology that will be implemented in Facebook Photos. The aim is...

Recently, blogs have gained a lot of popularity in lots of online communities, as a result of people have the ability to hide their...