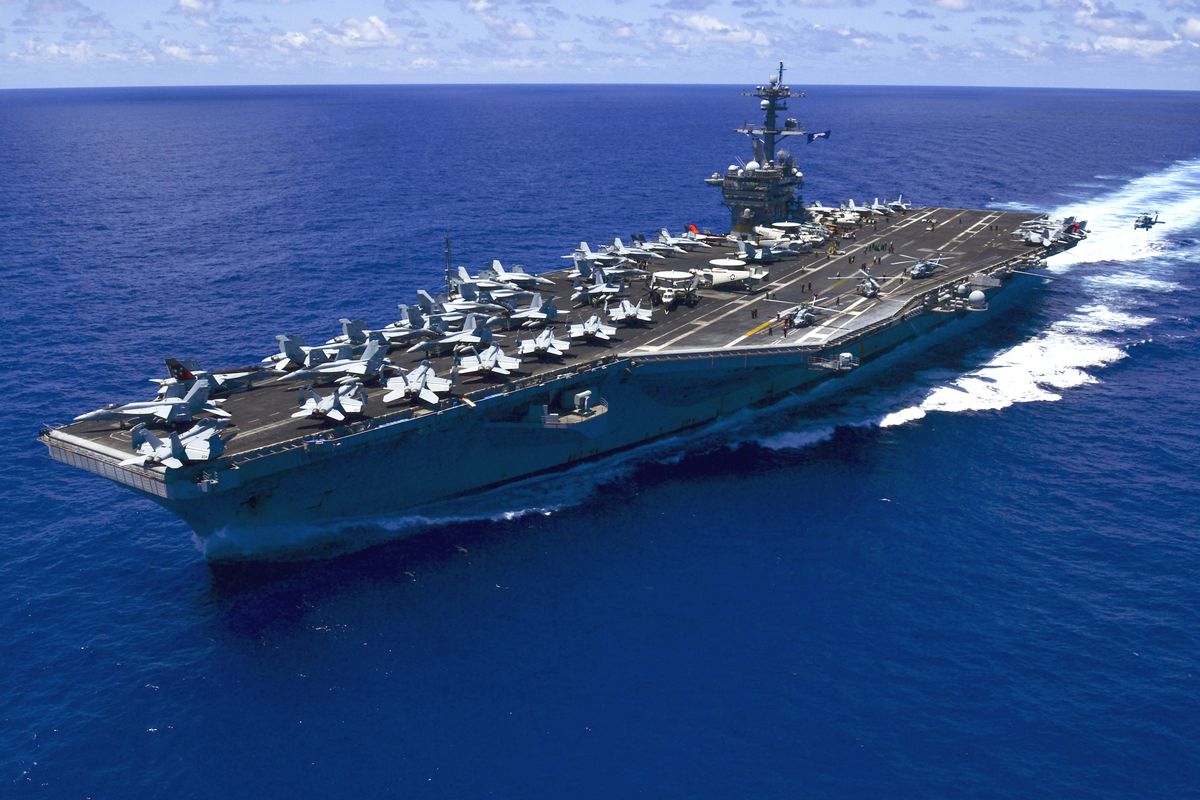 The United States is possibly the first country we think of when we talk of technological advancements. And the nation has also taken the lead in having a stand out navy. With the most number of ships by far of any navy worldwide, the US Navy has left behind all the other super-powers in the world.

If a country has a coastline, without a doubt, they’ll have a navy. For thousands of years, the navy of any country has always aimed to serve one sole purpose, projecting their military forces into areas beyond their shores. However, with new missions and challenges, the role of the navy across the globe has expanded to include various things like being the nation’s strategic nuclear deterrent and being used for space operations, defense against ballistic missiles, humanitarian assistance and disaster relief, and the US Navy is no different.

In fact, the US navy hosts the greatest diversity of missions and has the largest area of responsibility, in comparison with any other country in the world. It is the navy with the largest global reach. The US Navy operates in the Atlantic, Pacific and Indian Oceans. It holds sway over the Persian Gulf, Mediterranean and the Horn of Africa as well.

Nimitz-Class Supercarriers: Reasons Why the US Navy is a World Leader

The main ship of the troop, the USS Nimitz, is 1,092 feet long and has a full load displacement of over 100,000 long tons. The vessel is named after the World War II US Pacific Fleet commander, Fleet Admiral Chester W. Nimitz, who was also the last fleet admiral in the US Navy.

Did you know that these warships can be operated for over 20 years without the need to refuel them? This is because the ships use nuclear power to operate, which is a never-ending source of energy. These warship carriers are propelled by two A4Wpressurized water reactors, which drive four propeller shafts to produce a maximum speed of over 30 knots or 56 km/h and maximum power of around 260,000 shp or 190 MW. This makes the US warships much more superior than many other modern warships that are still using gas turbines or diesel-electric systems for propulsion.

These carriers do not solely concentrate on fighters but are a perfect package, capable of strike, air superiority, anti-submarine warfare, reconnaissance and humanitarian assistance/disaster relief missions. What keeps these vessels safe is the use of high-quality trip valves, such as those with B61 Navel Bronze bodies or those that are made of Monel to withstand operations in sea water, bilge water, fuels and steam, says a spokesperson for Clark Cooper.

Other than these 10 aircraft carriers, the US Navy has nine amphibious assault ships, 62 destroyers, 22 cruisers, 17 frigates and 72 submarines. In addition, with 3,700 aircraft, America owns the second largest air force in the world.

As part of its total aircraft force, the US Navy has 1,021 fixed wing fighters at their disposal, according to data published by Statista.

America Leads in Manpower Too

It is true that when compared with their size in 1990, the Army, Navy and Air Force have substantially decreased in their numbers. However, with the advancements that have taken place in terms of machinery and equipment, the number does not feel less, and with 323,000 active and 109,000 personnel, the US navy is still the largest in terms of manpower.

In 2015, 36% of all active-duty military personnel were serving in the Army, making the Army the largest branch of the US military, according to the Pew Research Centre’s report published on April 13, 2017. In the Navy, which is comparable in size with the Air Force, accounting for roughly a quarter of the active-duty personnel, the Marine Corps made up 14% of the active-duty military, which is slightly less than where it stood two decades ago.  However, the Coast Guard makes up 3%, which has slightly increased in the last few years.

Assessing all the data, it is quite evident that the US is not ready to leave its top position any time soon.

In this article:US Navy Technological Advances