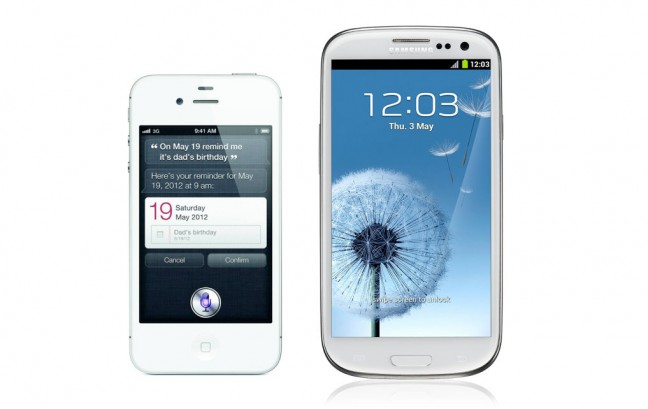 CC Via Flickr
It’s been a long and bitter year for Apple. First, they lost a lengthy court case against Samsung for copyright infringement and had to apologise. Now, with that wound still raw and bleeding, comes the news that the S3 has outsold the iphone4S for the first time ever. Clearly, 2012 has not been their year. But with the iphone5 now looming large in consumers’ ‘must-have’ lists, it’s become a battle against a tyrannical corporate machine and a plucky underdog to take top spot (we’ll let you decide who is who). It seems there’s only one thing for it: fight! Here we pitch the S3 against the iphone5 to see who comes out on top… CC Via Flickr
First, let’s just say it: the iphone5 is a joy to hold. Thinner than we previously thought possible, so light it’s unreal and as stylish as ever, Apple successfully show Samsung how design is really done. By contrast, the S3 feels ungainly; boxy even. Make no mistake, it’s a far cry from the smartphones of yesteryear, but beside the iPhone it feels chunky at best. Add in the much-reviled flimsy back cover of the S3, and it seems we have a clear winner. CC Via Flickr
On paper it looks clear cut: you like size, go with the S3; you want quality, pick Apple. In practice, however, it’s not so easy to call. As you’re probably aware, the S3 houses a jaw-dropping 4.8inch screen, compared to Apple’s 4inch, higher-resolution version. While the iPhone technically comes out on top in image quality, it’s simply not apparent during use. The S3 screen is so impressive, so visually perfect, that the iPhone seems stunted by comparison. It feels like comparing your tablet to your home cinema system: both kick serious amounts of ass, but only one dominates your vision. Add in such nifty features as an eye-tracking device to dim the display as soon as you look away and, against all the odds, we find ourselves giving this round to Samsung. CC Via Flickr
Apple sort of shot themselves in the foot with this one. Their standard policy of utter secrecy meant people were free to speculate all sorts of nonsense about what would be included. Video projectors, holographic keypads… any and every nerdy desire was touted as a possible addition. Then it came out and had none of those things, and even the fanboys were faintly disappointed.

Hype aside though, the iPhone5 delivers a noticeable improvement on the iphone4s, with all the advantages and disadvantages inherent in iOS. One of the notable differences this time round is the lack of Googlemaps; with the now-infamous Maps app taking it place. Our team were surprised to realise one of their hometowns apparently doesn’t exist, along with several streets they swore they grew up on. Yet iOS remains sleek, effective and – crucially – faster than the godawfully-named Ice Cream Sandwich. The choice of apps and games for download is also far better.

Yet what the S3 may lack in speed it makes up for with customisation. You can literally make this phone do whatever the hell you want it to; with a range of options unthinkable on any other system. After the stringent ‘we know best’ attitude of Apple, this comes as a breath of fresh air. Imagine Apple allowing you to replace their SMS app with a third party version; it simply wouldn’t happen. Hats off to Samsung for giving us what we really want. CC Via Flickr
At the end of the day, it depends on what you’re after. Fanboys will still go for Apple, the haters will still go for whatever’s not Apple; and the rest of us appear spoilt for choice. Both devices are serious contenders for best smartphone ever; both are impressive, bursting with features and a joy to use. But at the end of the day, our heart lies with the S3: if only for the option to customise as you see fit. Apple take note: the days of inflexible operating systems may well soon be over. More power to us.

Interested in a new phone? Check out Fonebank who specialize in mobile phone recycling.

In this article:Comparisons, iPhone, iphone 5, s3, Samsung, vs 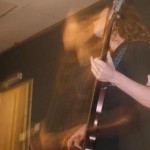 Liam is a blogger covering a wealth of topics, from gaming to finance.