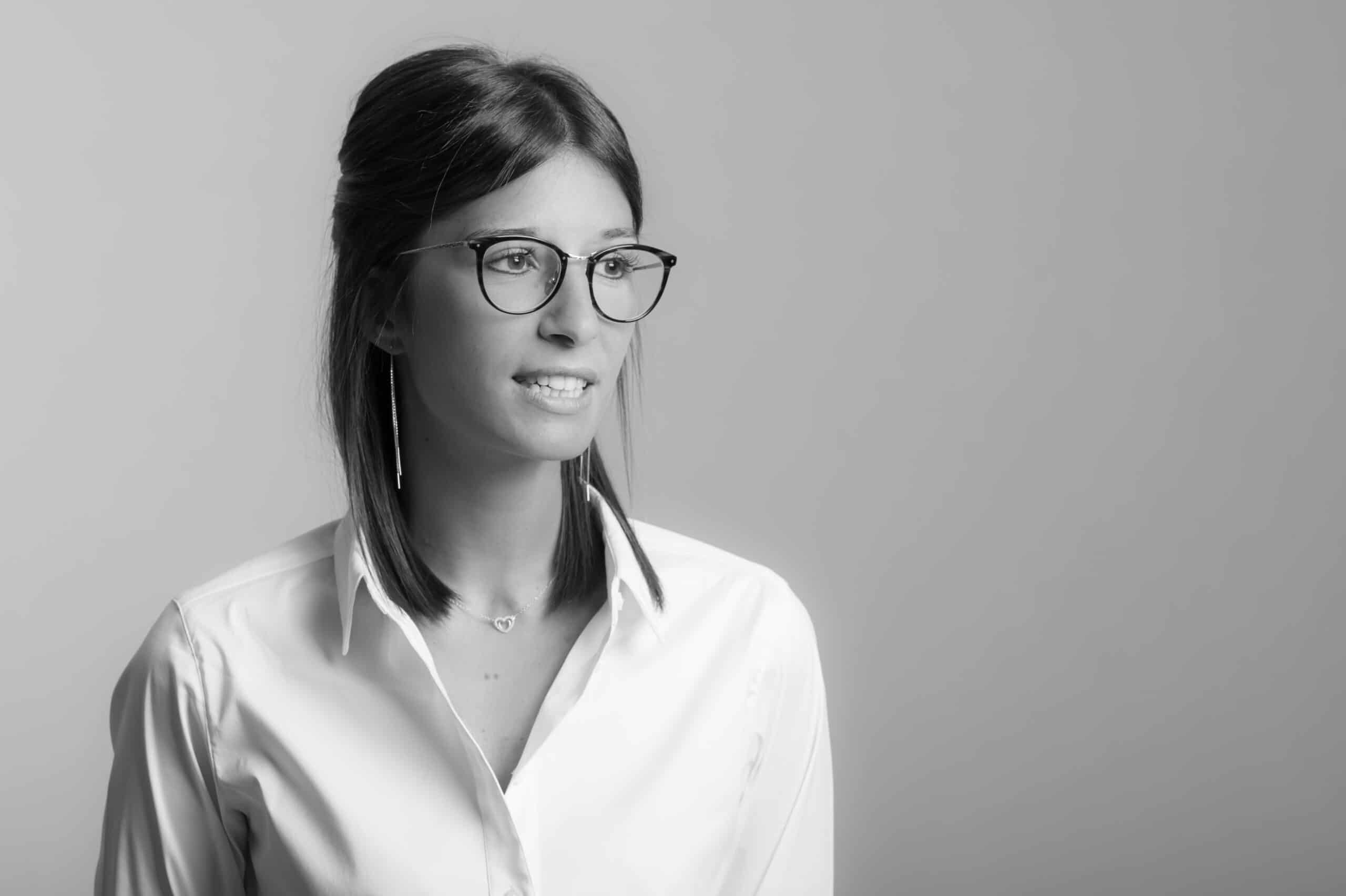 It would be an understatement to say that the investment world has experienced some changes from early 2020 onward.

While the face of investing hasn’t been completely disrupted, both the industry and the general public’s perception of the industry are currently evolving, and so far, the effects of that evolution seem to be quite positive.

This article will delve into specific topics in greater detail, but just as an overview, investment has been democratized, to a degree, by retail investing, investors have demonstrated a keen interest in impact investing, and emerging markets seem poised to generate growth and revenue in the coming years.

As TechSling does not specialize exclusively in investing or financial news, I spoke with the Chief Executive Officer and President of Dalton Investments, Sarah Alfandari, on these core topics.

Alfandari was encouraged by her father from an early age to explore investing and finance, and this led to the start of a brilliant career.

“My father was a stockbroker,  so I was introduced early on to financial markets. I remember spending some of my teenage summers reading assignments. My father hoped I would develop an investor sensitivity through the small trading account he set up for me.”

Later on, Alfandari worked as a Managing Partner for Longchamp Asset Management, an asset management company she co-founded in France in 2013, where she was responsible for all Non-Investment teams, ranging from Marketing to Operations and Legal and Compliance.

During this time, Alfandari developed a strategic partnership with Dalton Investments, for the structuring and distribution of their investment expertise in UCITS formats, the equivalent of US mutual funds.

Her contributions to both companies have led to immense growth, and her current role with Dalton Investments marks another exciting chapter in Alfandari’s career.

Before moving forward, I would just like to express my thanks to Alfandari for assisting in the creation of this article.

Now, let’s talk about the steady evolution of investing.

Retail investing as a democratizing force

The spring of 2020 brought with it many serious changes for the world at large, and among those changes was a significant spike in what’s known as retail investing.

While it previously took a fair bit of research and legwork to become a retail investor, it’s far easier now, thanks in large part to retail investment platforms, the most famous of which is Robinhood.

Beyond investment platforms, retail investors have also created their own forums, and it was one of these forums, r/wallstreetbets on Reddit, that was at the center of a major news story early in 2021.

Members of the forum banded together to set off a major spike in the stock price of GameStop, a flagging retail chain that sells video games and gaming hardware.

Some saw this coordinated action as a kind of prank, while others considered this to be a bold statement in opposition to the large investment houses that historically have controlled the investment world.

While r/wallstreetbets hasn’t been making headlines recently, this incident definitely drew attention to the power of retail investing, and it seems that retail investing platforms have attracted previously disinterested parties, enabling casual investing as a kind of hobby.

While Dalton Investments’s client base is almost exclusively made of institutional investors, Alfandari has witnessed this recent dynamic and felt the urge to seek to understand some of the motivations in the increased popularity of retail investing, of which more particularly the weight of the pandemic and its economic effects which can’t be ignored.

“A number of recent industry trends have clearly supported an unparalleled pick-up in retail investing, particularly in the wake of COVID, as financial markets tumbled, offering unique opportunities to buy at extremely depressed valuations. Lockdowns have also brought to light alternative sources of self-learning, allowing neophytes to familiarize themselves with trading communities and platforms with the likes of Reddit and Robinhood.”

Additionally, Alfandari explained that the rise of a younger generation of investors was more or less inevitable and that the community had already gained some very useful experience via crypto trading, which took off several years before the pandemic, with Bitcoin standing at the forefront.

“More generally speaking, it was only a matter of time before this new investor generation upped their game, especially after having had a few years to learn about cryptocurrency trading.”

Whether retail investing will remain a significant force in finance remains to be seen, but it’s also possible that many retail investors will be motivated to transition to more traditional investment channels.

Even if that transition takes place on a large scale, it also seems likely that those younger investors will maintain their current investment goals and values, among which is the concept of impact investing.

The impact of impact investing

Impact investing is certainly a topic worthy of its own discussion, but for now, only a basic explanation is needed.

Impact investing refers to a motivation for investing that prioritizes social change in some way. It’s a motivation rooted in causes, though the causes supported by specific investors can vary drastically.

Common causes that are generally associated with impact investing include environmentalism, diversity, and the empowerment of various groups.

For certain investors, impact investing represents a win-win: they can promote and support causes they care about while also potentially earning substantial returns.

“The younger generation is all about impact investing, whether through the integration of diversity and/or environmental and socially responsible criteria into their investment decisions. This has definitely had a noticeable effect on the investment world today.”

Alfandari also noted that this desire to change the world for the better has most likely been present among previous generations of investors as well, though the current young generation of investors has more opportunities than ever before to express financial support for causes that they care deeply about.

Diversity and common values within firms

That strong sense of ethics isn’t present only among retail investors, of course, and Alfandari was able to speak to how big-picture goals and principles need to align within investment firms.

I asked Alfandari to comment specifically on the importance of working with like-minded individuals, and she made a point of addressing two different aspects, both of which are highly relevant to the topic.

“The first side is about sharing common values and ethics, and that is the most crucial part to me, as a business can only survive and thrive through its people– their mutual respect and pursuit of a common objective.”

This is the foundation of internal success: working toward the same goals and agreeing on the most important aspects of the work at hand.

As for the second portion, it’s all about collecting and considering different perspectives.

“The second aspect relates to the necessary diversity within a group, which is key to allowing people to learn from one another. Blending different cultures, knowledge, and experience often fosters creativity and innovation.”

Considering these differing perspectives can uncover multiple courses of action during a crisis situation or even just during normal operation.

Looking to what’s next

While market precedents can offer valuable information to investors and entire investment firms, forward-thinking executives like Alfandari are often looking to the future in order to assess risk and evaluate potential opportunities for growth.

As the last few years have made abundantly clear, change is part of the very nature of investment, and those who fail to adapt and evolve are less likely to find success.

While it’s difficult to speak to upcoming changes with certainty, Alfandari and her team are already looking forward to set themselves up to succeed even further in the long term.

In particular, Alfandari and Dalton are fascinated by future growth in Asian markets and emerging markets.

“After starting my career in some of the world’s most enviable trading floors and creating my own asset management company in France while I was still under 30, I was lured by the broader perspective offered by Dalton Investments, a global investment management firm with unique expertise in the Japanese, Asian and Global Emerging Markets, which promise to stay fascinating and at the center of economic growth and value creation for decades to come.”

Investing has always been a mix of confidence and the unknown, and there may be several major shifts over just the next ten years that no one could have predicted here in 2021, but staying prepared is what successful investors do best, and over time, evolution leads to more opportunities, more growth, and better ways of doing things.

In this article:featured, Sarah Alfandari