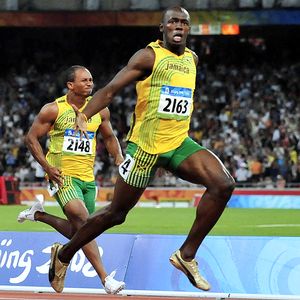 By comparison, the results of able bodied athletes have only improved their times marginally, as Carl Lewis achieved a time of 9.99 secs in 1984 for the men’s 100 metres, whilst Usian Bolt ran the same race in Beijing in 9.69 secs.

One of the factors which has resulted in these improvements is the development in prosthetics. Ebuyer worked with Salford University to conduct the research, which is one of only two Universities in the UK to offer a course in prosthetics.

Anne Wafula Strike, International Athlete and Author said: “Technology is brilliant for most athletes in developed countries. It helps them to improve performance and compete on an almost even footing. However, what concerns me is that there are athletes in low income countries – how do they compete on an even stage? I am looking forward to seeing athletes of all abilities competing against each other on a world stage and raising the profile of disability sports.”

Dave Wood from Ebuyer said: “There have been exciting technological progressions in recent years, we can see a steady improvement in the times that are being achieved as a result of these new innovative advancements. Looking at the results we can see the gap between disability sports closing, and hopefully, in the future, disappearing.”