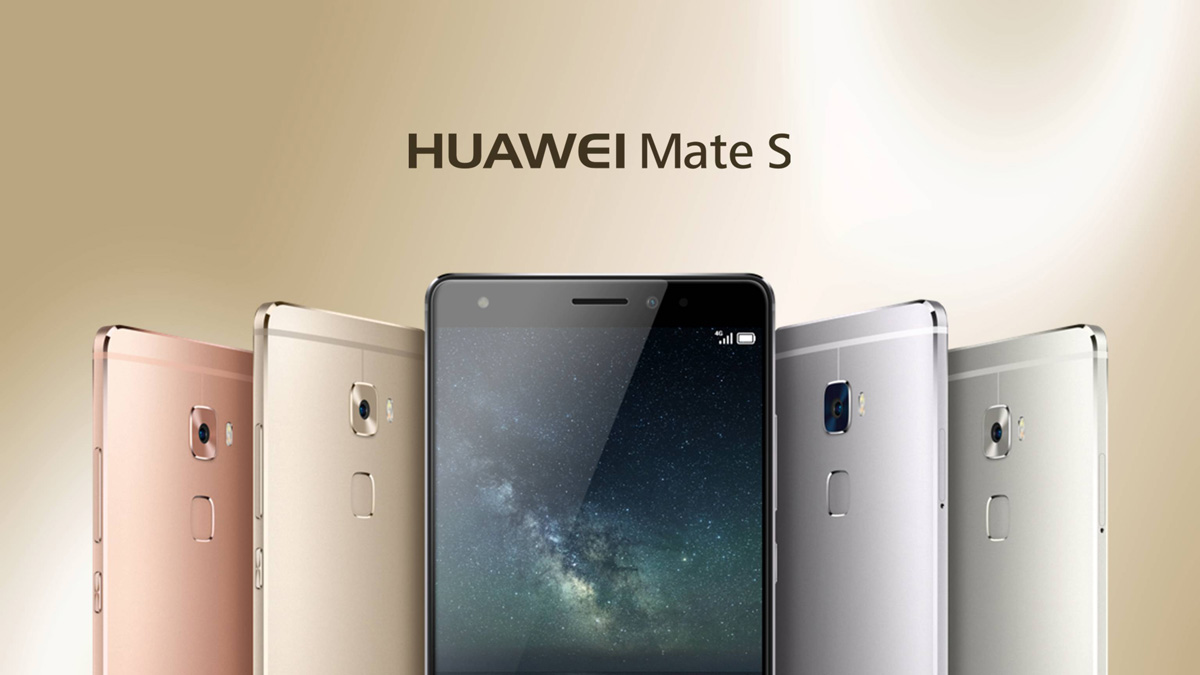 The Mate S is Huawei’s latest attempt to replicate its success in China, Europe and the USA. It’s a sleek, well-manufactured smartphone with a great screen and an incredible fingerprint scanner. Combining performance and exquisite beauty with next-generation interactivity, the Mate S does not look out of place next to other popular smartphones including the iPhone and Galaxy S6 range. Instead, it comfortably gives them a run for their money. This review therefore highlights some of the best features of the Mate S such as organisation capabilities, camera and overall design, which makes us believe it will be a huge success.

Huawei’s revenue has been reported to increase by 70% in 2015 to $20bn partly due to the introduction of powerful smartphones such as the Mate S to European and other major global markets.

According to Mark Skilton, Professor of Practice in the Information Systems & Management Group, Warwick Business School, “Huawei has jumped from an unknown Chinese company ranked sixth in the world to the fastest growing smartphone seller. Over the last year Huawei has had an impressive 50% sales growth compared to 27% by Apple, while it has also seen tablet sales rise by nearly 75 per cent.

“Samsung’s global mobile phone market share is 25%, but that has been falling, while Apple has 11% followed by Huawei at 7% in third, but it is catching up.

“This has been due to a cultural shift made by the company towards, what the CEO described last year in its European conference in Zurich, as a new way of thinking,” he said.

The all-metal body helps the Mate S feel like a premium phone when you grasp it. It looks similar like the previous Mate 7, but Huawei has made different improvements to make it up-to-date and able to compete more effectively with its rivals. It’s thinner, for one, with just a 7.2mm profile. The glass screen is rounded at the edge to meet the screen, and there’s a tender curve to the back of the phone that makes it comfortable to hold. In addition, the edges of the phone have been given an extra touch of luxury to the look and feel of it. It’s well built, with no repulsive gaps in the body, and no flex in the metal frame – even when you make a decent attempt to flex it. The phone comes with 32GB of storage as standard, however, you’ll be able to pop in a microSD card up to 128GB in size, using the consolidated nano-SIM and SD card plate on the left hand side. The Huawei Mate S features a full 1080p HD 5.5in display that looks crisp, clear and bright on account of the 105 percent color immersion and a high contrast ratio, with a pixel density of around 401ppi. For those of you that are always breaking your phone screens, you’ll be glad to know that Corning’s 2.5D Gorilla Glass 4 secures the Mate S display, which Corning claims its 2x stronger than competing glass technologies when dropped. The 2.5D glass also allow the edges of the display to be curved rather than straight, which makes for a smoother overall finish and feels awesome when swiping near to the edge of the display. On the back of the cell phone, you’ll find a 13 megapixel camera with a four-color RGBW sensor, which is more than its competitors, as indicated by Huawei, and captures more vibrant and colorful images. Furthermore, the Mate S has 1.2-degree optical image stabilization, which combats shakiness in the videos and pictures taken on the smartphone. It also features a color temperature LED flash, which combats the tinge left by flash that some smartphone users suffer from.

Huawei has decided to put finger print sensor on the back of the phone, which the company claims is significantly more helpful than having it on the front.

The smartphone also boasts dual-SIM technology, with support for 13 mainstream 4G LTE frequencies that cover Europe, USA and Asia. Should you prefer not to utilize two SIMs at once, the second SIM card slot doubles up as a MicroSD memory card storage slot, allowing users to bump up the storage limit of the phone.

The Huawei Mate S is a commendable smartphone and an appreciated addition to the company’s range, deserving consideration for those looking for excellent quality without the cost. No doubt, one of the very best in its class.