Today, fiber optic cable serves as a main component of the world’s telecommunications infrastructure. Yet surprisingly, this vital technology originated only during the previous century. While its development drew upon key breakthroughs discovered during the 1800s, the invention of widely practical fiber optic cable applications did not occur until comparatively recently.

The Invention of Fiber Optic Cable

Today, most sources credit the development of fiber optic cable by three researchers at Corning Glass in 1970 as the inception of this modern technology. Physicists Robert Maurer, Donald Keck, and Peter Schultz received Patent No. 3,711,262 for their invention of a fiber optic cable capable of transmitting 65,000 times more information than a copper wire. They succeeded in removing impurities in optical fibers which interfered with the long-distance transmission of light impulses through cable, solving a pervasive signal “attenuation” problem.

Within the next thirty years, cable installers laid down some 25 million miles of fiber optic cable. They established the framework required to support an Information Age. Today, multiple gradations of both single-mode and multi-mode fiber optic cables facilitate global telecommunications systems as a result of this invention.

Early Breakthroughs in the Study of Light

How did fiber optic patch leads begin? To some extent, the technology required some insights into the transmission of light revealed during the 19th century. In 1854, the Irish physicist, John Tyndall, provided an important milestone in the development of modern fiber optics. Reportedly, very early in his career, he detailed the transmission of light through fountains of water before moving on to study other phenomena. Telephone inventor Alexander Graham Bell also briefly experimented with light signals in developing a rudimentary “Photophone” in 1880 to transmit sound. Early efforts to utilize light did not focus on fiber optics per se, however.

Fiber optic cable currently permits the transmission of information required for long-distance telephone systems, Internet communications, and cable television services. It enables vast quantities of information to travel cost-effectively across long distances. Inventors continue to discover new commercial, industrial, medical, and military uses for this important infrastructure. Fiber optic cable is used everywhere these days. Indeed, there is hardly a place you can go to that is not lined with fiber optic cables all over the place.

Fiber Optics of the Future

Fiber optics will continue to be used and utilized throughout the world, and this technology will only get better. They will be a great way to help transfer information at the speed of light to anyone and everyone across the world. Fiber optic cable is a great innovation.

Fiber optic cable is far superior to copper wiring in days gone by. Its ability to transmit data is unparalleled and will maybe remain that way. 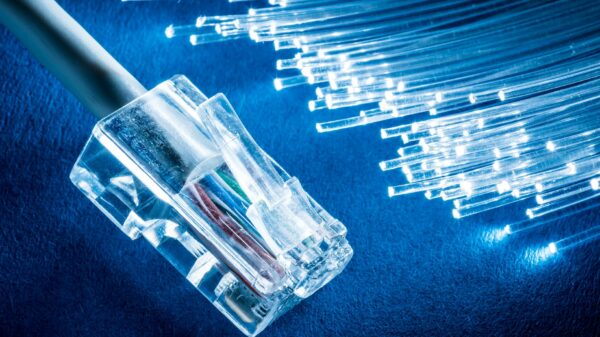 The world is rapidly transforming thanks to the advancement of technology. One of the most significant technological inventions, the Internet, has revolutionized how businesses...