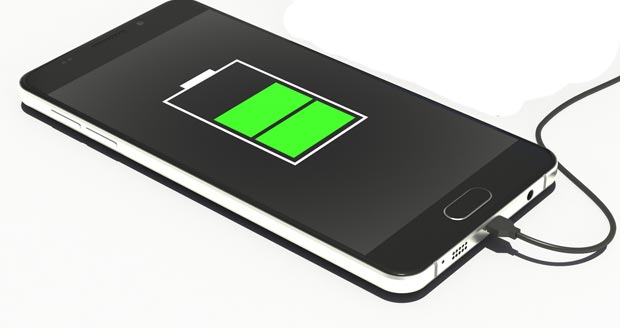 Most of the devices that we use daily are portable. The other thing about them is that they’re also powerful and they’re becoming more powerful. There are three main parts that are changing together with the portable devices that we own and that would the power usage of these devices, the battery size that they use and the charging power that’s used with them.

The Rising Power of the Smartphone

One of the simplest type devices that we find it’s easiest to gauge how the power, battery and charging tech is scaling, is smartphones. The reason why we’re choosing smartphones is that they’re simply the most popular portable tech device on the market. It’s also the most highly anticipated, too, and that is proven when the two tech giants, Apple and Samsung announce their phones. There are so many speculations about what the new Samsung Galaxy S or Note phone will look and the same can be said about the new iPhone, too.

With all that said, if there’s one thing that is always factual about phones from Apple and Samsung is that they’re always going to have the latest in tech. Apple has a new Bionic chip that they’re using, and Android phones use the new Snapdragon processor, and to add to that, phones are also using a lot more RAM now. The standard was to use 4GB of RAM, but now the standard is more 8GB to even 12GB of RAM.

In the past, cameras on smartphones were very lacking, most people would settle for digital cameras because even though their phones had cameras, the quality was bad. That has changed drastically and now phones are beginning to rival Nikon and Canon cameras. The same thing can be said about the screens because the LCD screens were the standard for smartphones, the same as TVs. However, smartphones, just like TVs, have changed and now you’ve got nearly every new phone on the market making use of OLED screens which makes for more vibrant colors and a brighter screen.

What’s to Come in the Future

To add on top of that, smartphones will be using higher refresh rate screens and this is because of the OnePlus 7 Pro and other phones such as the Asus ROG Phone and other gaming phones. Many tech reviewers, most notably MKBHD, have stated that a 90Hz or 120Hz screen is great to use and that switching to anything lower is a downgrade. One more thing that will be common in a few years is 5G. The infrastructure for 5G isn’t there, and neither are the phones that make use of the tech, but they will be in the future.

So with all the improvements that we mentioned about smartphones, this all feeds into how much they use a lot of power, and that is why phones are using bigger batteries. Such as the Galaxy S10 + and Note 10 using a 4,000mAh battery, whereas in the past the S series of phones would have a smaller battery. So using a fast charger for your S10 and Note 10 would be a good idea. iPhone 11 Pro Max also has a quite large battery with its 3,969mAh battery, and this comes as a surprise because iPhones are known to have smaller batteries because they’re so good as power management. It’s one of the reasons that phones have gotten as large as they are. Using a larger battery is great, though, as you can use your phone for longer. The downside is that it does take longer to recharge your phone, too.

The main solution to using large batteries is to be able to recharge them faster, this is why there are different forms of fast charging. The most used type of fast charging with Android phones is Quick Charge, while other phones may have their very own tech like Dash Charge, which is used is by Oneplus phones. The major set back with these fast charging ways is that they’re bound to smartphones, all the performance upgrades that we mentioned above are happening with tablets and laptops, too, and they end up using more power. The great news is that there is a charging method that can charge across these different types of devices such as tablets, phones, and laptops. It’s called USB-C Power Delivery.

There’s a pretty good chance that you know what a USB-C port is, and you’re going to know if you own an Android smartphone because the standard is now for them to use a USB-C port. There are also plenty of devices that are now using the USB-C port such as power banks, car chargers, mouses, keyboards and headphones, too. The USB-C port is standard, meaning that it can be used with multiple types of devices for connectivity and also for charging. Not just any charging, charging through a USB-C port can be very powerful and that’s due to compatibility with Power Delivery, which is the fast charging behind the port that can go up to 100W. This is why we have devices like tablets and even laptops that use the USB-C port.

Let’s say that you have a USB-C smartphone or even an iPhone that’s either the iPhone X, iPhone 8 or beyond, and you also have a USB-C laptop. Your USB-C Power Delivery wall charger is rated at 60W. Well, you can still use that 60W USB-C PD charger to charge your smartphone. Also, because we didn’t explain better before, yes, the iPhone is Power Delivery enabled, and you’re able to fast charge it with a USB-C to Lightning cable. The even better news is that Apple has started to package the iPhone 11 Pro and the 11 Pro Max with their very own 18W PD chargers, and so you can use these chargers to fast charge your iPhone right out of the box.

It’s also about what PD charging is capable of, not just power related. In terms of non-power related things, the chargers can be smaller and yet output more power. This is done by having them use Gallium Nitride chips, or also known as GaN for short, as you’ll see on retailers such as Amazon. The benefit of GaN is that there is a single chip that can replace the many parts in a charger and you end up getting a charger that is a lot smaller but it’s able to output just as much power as a larger charger.

The one other benefit is that PD chargers can have Dynamic charging. If you’ve got two MacBooks that have a USB-C port, and you have a PD charger that has two USB-C ports, and you’re charging two MacBooks at the same time, then each port will output 30W. If you disconnect one MacBook, then the remaining port will be able to output 60W. Doing so will allow you to charge one MacBook faster, rather than charging two at once at a slower charging speed.