The widespread self-medication with cannabis as an antiemetic agent during early pregnancy raises the question of whether its benefits overweigh the risks.

Recent findings by a team of scientists from the University of Utah bear evidence to the fact that a small percentage of pregnant women use the substance to treat morning sickness and similar symptoms.

And according to Torri D. Metz, associate professor of obstetrics and gynecology, a surprising number of those who self-medicate with cannabis have on average only tried one traditional antiemetic. This probably means that they consider the drug harmless enough to use it as a substitute for FDA-approved pharmaceuticals. But is weed really that safe for pregnant women?

Cannabis effects on nausea and vomiting have been excessively studied in humans and other animals. The main active substance in the plant—tetrahydrocannabinol, or THC—was indeed found effective against these symptoms.

Scientists have even described the exact mechanism of THC making you less nauseous. The molecule binds to CB1 receptors that are part of the so-called endocannabinoid system in our body. The agonism and antagonism of CB1 receptors turn the feeling of nausea on and off respectively.

So the fact that cannabis can be an effective treatment for morning sickness is based on solid science. However, it is equally well established that THC can cross the placenta barrier in pregnant women and affect the embryo. And both the placenta and fetal brain have CB1 receptors that THC in the mother’s bloodstream can bind to.

The same is true of breastfeeding. THC was detected in the milk of mothers who were smoking marijuana during lactation. It was estimated that about 2% of THC consumed by the mother finds its way into her milk. Besides, milk fat promotes better absorption of THC by the baby as it is soluble in fat.

The review of the scientific literature on the subject revealed that there had been many studies of the effect of cannabis use on pregnancy, but their usefulness seems limited. Most of the research was carried out in the 1980s, during the “just-say-no” campaign, and their scientific integrity raises some doubts.

On the other hand, it was the period when weed was not as potent as it is now. Modern cannabis seeds routinely produce plants with more than 20 percent THC in their dry flowers while in the 1980s cannabis was 3-4 times less potent. The reviewers also noted other limitations of those vintage studies: the samples were small, confounded with multiple substance abuse, and relied heavily on self-reports.

All this, as well as the recent spread of medical and recreational use of cannabis on a global scale, calls for more research into the matter.

However, the available findings give us tentative guidelines even now. Fortunately, there is no evidence to support the hypothesis that perinatal cannabis use leads to fetal abnormalities. THC and other constituents of the plant don’t seem to be teratogenic. Nevertheless, other adverse effects on the embryo were described. Thus, one study found the restriction of fetal growth with the resulting decreased weight of newborns.

Several epidemiological studies also looked at the way marijuana smoking during pregnancy may affect the cognitive abilities of children. Though the general IQ seems to be unaffected, there is some statistically significant association between perinatal marijuana use and deficits in attention and memory. It may also lead to an increase in depression and anxiety, as well as higher rates of delinquency as the child grows.

Although these results are only preliminary and need to be confirmed by more rigorous research, they suggest that pregnant women should steer clear of marijuana, especially for recreational purposes. As for the drug’s use to alleviate the symptoms of nausea and vomiting, prescription medications still seem like a safer alternative. 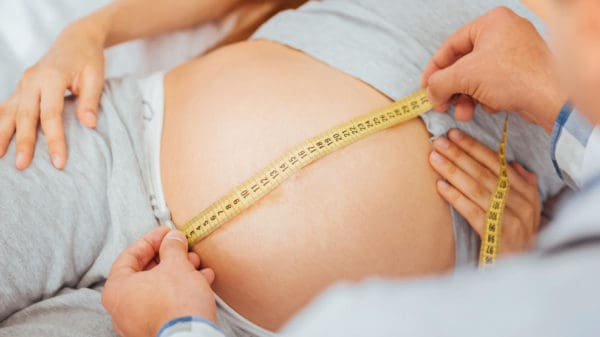 Chiropractic Care for Pregnant Women; What You Need To Know

The pregnancy journey fills a family with joy and hope as they expect their bundle of joy. However, it is not an easy road...