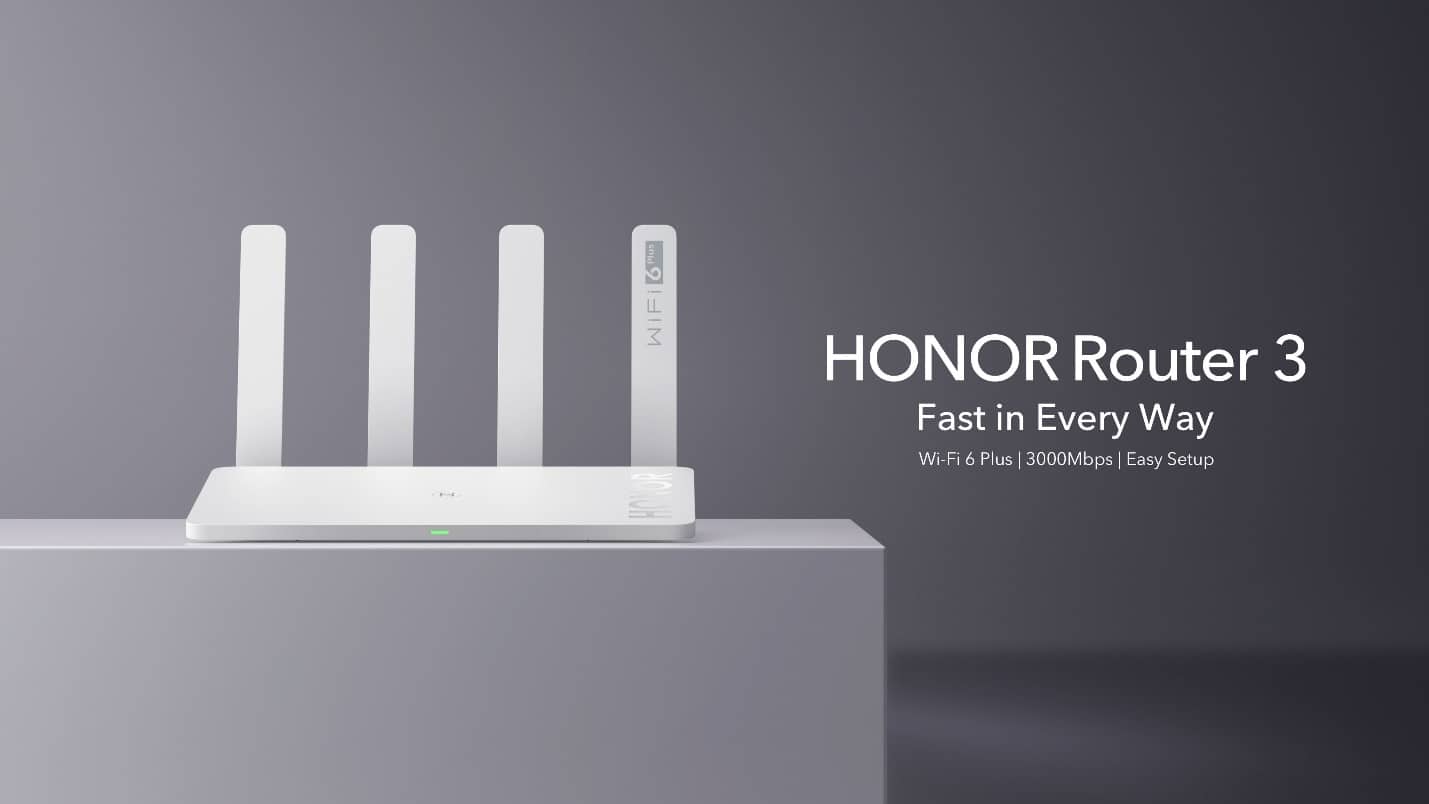 For a long time now, Wi-Fi has been an integral part of our lives. It facilitates our connection whether it’s video calls, working online, browsing through the internet, and streaming our favorite TV episodes.

With technological advancements, so do the Wi-Fi versions keep on updating. Currently, the new Wi-Fi 6 or 802.11ax is the newest version of the 802.11 standard for wireless network transmission. While this might be amazing, you need a device capable of exposing the Wi-Fi 6’s potentials to leverage on this advancement.

In this review, we’ll look at the Honor Router 3 that has brought much attention to itself ever since its release. The Honor Router 3 is a budget-friendly router, which offers you an affordable way of installing the Wi-Fi 6 into your home. It comes in a sleek, symmetrical, clean white design that makes it ideal for fitting into the aesthetic of most homes. In addition, the Honor 3 is capable of downloading HD movies in just 10 seconds while also offering up to 60% faster network speeds. 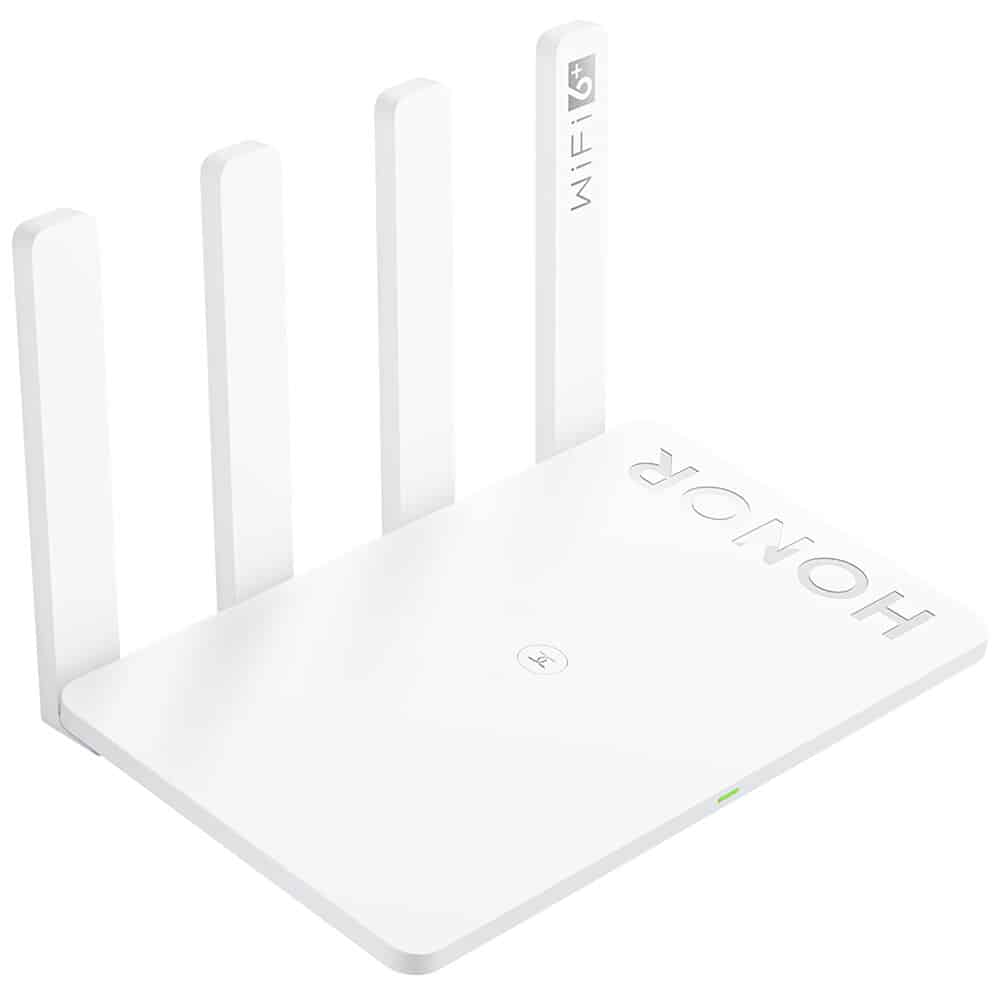 Router 3 is one of the most lightweight routers on the market weighing in at only 379g. The dimensions measure 41 x 242 x 152mm, and this router features 4 Gigabit Ethernet connections. However, one connection allows you to connect to your modem, leaving you with only three options to use.

Unfortunately, this router doesn’t come with a USB port, which means you can’t connect any hard drive to the device. You’ll want more of its looks after glancing on it since the Honor Router 3 isn’t built like most routers out there.

It has a sleek, symmetrical, and clean white design that makes it ideal for fitting into the aesthetic of any home. This router has four antennas that were designed to stand upright permanently. The antennas can only move back and forth up to a 90 degrees angle, which is mostly for show.

For alerting you in case of any problems, Honor Router 3 has one LED on the front. The controls here are pretty basic as well with a large WPS button and a pinhole restart switch.

The Honor Router 3 is compatible with 160MHz bandwidth and 1024-QAM. This compatibility gives this router a whopping 3000Mbps speed, which is almost triple the speed of the Wi-Fi 5. However, the only devices that can achieve this are those with the latest Wi-Fi 6 radios and nothing less.

While it might be hard to understand the concept of the 1024-QAM, you should know that it’s still related to speed and efficiency. For tech-savvy people, the 1024-QAM increases data throughput by about 25%. Throughput is the rate of successful message delivery over a communication channel.

Another feature to love on the Honor Router 3 is the OFDMA – Orthogonal Frequency Division Multiplexing technology. This feature allows for faster simultaneous transmissions to multiple devices.

Therefore, the OFDMA technology increases efficiency, minimizes latency, and is especially ideal for low-bandwidth applications. This is the technology to help environments with a poorer Wi-Fi signal. 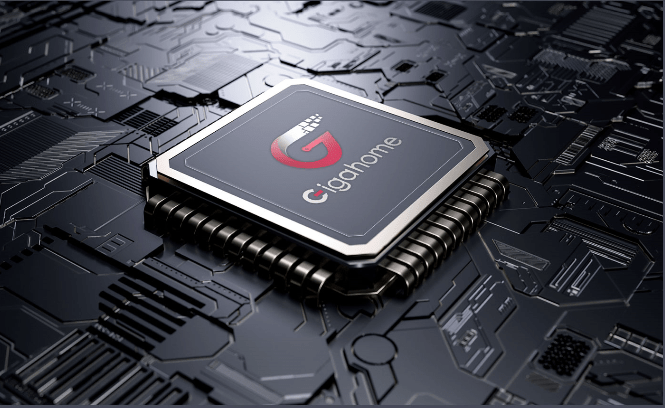 The HONOR Router 3 comes with one WAN port and three LAN ports supporting auto speed adaptation between 100Mbps and 1000Mbps. Through a single click on the “H” button on top of the configured HONOR Router 3, users can easily pair up to five HONOR Router 3 devices together to activate the Mesh Network. This expands the overall Wi-Fi network coverage without adding range extenders. In the Mesh Network, all the connected HONOR Router 3 devices will bond wirelessly to one another, extending the Wi-Fi signal to a broader area, minimizing dead zones. This allows users to enjoy continuous network coverage no matter where they are in their homes.

The TWT feature of the Honor Router 3 reduces its power consumption by an awesome 30%. Because of the OFDMA technology, Router 3 has increased scheduling control and transmission frequency. Therefore, it can accurately tell when the next batch of data will be transmitted.

This capability allows the Wi-Fi radio to enter a low-power consumption state.

Priced at £79.99, the HONOR Router 3 is affordable compared to others in its category and relative to the high-performance and ultra-fast speeds it offers.

In general, Honor Router 3 is a device to safeguard your future experience while offering the most now. It’s stable enough to accommodate multi-device connections and transmits overwhelming speeds. Likewise, the fact that users can easily pair up to five HONOR Router 3 devices together to activate the Mesh Network which allows for the Wi-Fi signal to be extended to a broader area, minimising dead zones is a very handy feature.

Overall, this router has more than enough power to share thanks to its 1.2GHz dual-core chipset. And to top it off, it is ideal for most environments, especially those with a poorer Wi-Fi signal.