Samsung has done it again. The constantly underrated, ignored, and deprived of the limelight company (which deserves more than it gets) has shown us the wonders they can do. With the launching of Samsung Galaxy S II, everyone has been completely blown away by the power Samsung packed in such a small device. This kind of a powerful hand held device had previously been seen only in iPhone 4.

iPhone, which has become Apple’s best selling product to-date, awed everyone when it was first released. The processor power of 1 GHz was, at that time, beyond anyone’s wildest imagination. Several other truly unique features were enough of an excuse for Apple to get away with overpricing. But then came along Samsung with its too-good-to-be true Galaxy S II, at a price which made many of us go hallelujah. Here is why I think Samsung can put up a real competition for iPhone 5.

Samsung, which has been the humble manufacturer of (all Apple phones including ‘the’) iPhone 4’s much raved about processor, revved things up a good degree when it came to Galaxy S II. The mega dual core 1.2 GHz processor has stripped iPhone 4 of its status as the fastest and the most powerful phone. Not just that, it has also rung alarming bells for iPhone 5 for which, Apple’s plans, as of yet, involve nothing more than improving the processor and installing a better camera (to be honest, 5 mega pixel cam for a iPhone 4 that costs £510 is WEAK).

Galaxy S II comes with a solid 1 GB dedicated RAM, which is twice as much as that offered by iPhone 4. Even in iPhone 5, Apple is not expected to exceed that number (of 1 GHz). Since all iPhones are already so overpriced, increasing RAM any more than that would raise the price further. As far as the storage memory goes, S II too offers 32 GB flash memory. iPhone 5 is not expected to expand its flash storage from 32 GB.

One of speculations regarding iPhone 5 is that Apple plans to widen its display screen. Its predecessor has a 3.5 inch display and weighs about 137 grams whereas the Galaxy S II has an impressively stretched screen of 4.5 inches and is ultra light at only 117 grams.

iPhone 4 was perhaps the first phone to come forth with a dual cam. The lens in front is a pathetic excuse for a camera, with only 0.3 MP VGA but the 5 MP rear camera is capable of producing quality results. In Galaxy S II however, the camera in front is better than most other phones have in rear and can be used for video recording and chatting as well. iPhone 5 is expected to have an 8 MP rear cam, just like that of Galaxy S II.

The fact that Galaxy S II appears to be much better than iPhone 4 and costs way less, makes it a much better device in my book since it is an Android! We will have to wait and see what Apple has in store for iPhone 5. 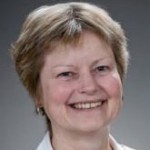 Susan is a wholesale business and B2B marketing expert. She writes frequently on the topics related to Drop Shipping,distributors, wholesalers and trade suppliers.