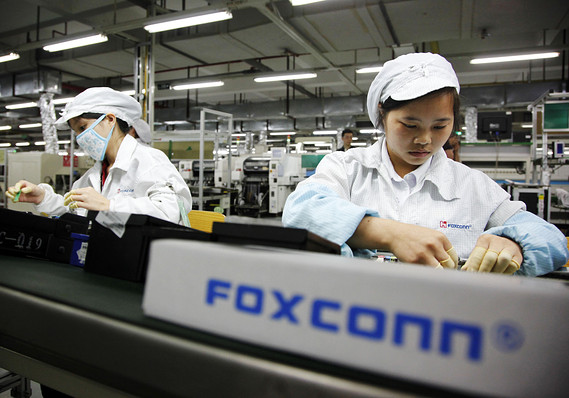 The launch of the new iPhones turned out to be revolutionary for Apple Inc. as they helped the company in gaining back customers it had lost to competitors and brought it back with a bang in the smartphone industry. The new and bigger iPhones were able to compete and come out on top as opposed to smartphones from other companies like Samsung Electronics Co. However, it wasn’t just the iPhone maker that benefitted from the development of the new devices. Its suppliers also reaped the rewards. Thanks to the new iPhones, the Foxconn Technology Group saw a bigger-than-expected increase in its net profit in the third quarter.

The largest electronic contract manufacture in the world was dealing with a smartphone slowdown, but managed to weather it quite well. So far, the sluggishness and saturation in the smartphone sector hasn’t had a major impact on Apple Inc. Regardless, some analysts have predicted that sales of the iPhones might come down in the upcoming quarters. Formerly called the Hon Hai Precision Industry Co, Foxconn is the main assembler of the iPhone for the smartphone giant. On Monday, the Taiwan-based company announced that there was an 11% increase in its third-quarter net profit, which reached to about $1.16 billion.

This was ahead of the predictions and expectations of the analysts. There was also a rise in the company’s revenue, which saw an increase of 12% as compared to a year before. The company doesn’t conduct earnings conferences and neither does it provide guidance. Many of the popular gadgets in the world are assembled by Foxconn on behalf of notable customers including Apple Inc. mostly from factories based in China. In recent years, the firm has attempted to expand to other profitable sectors because margins of electronics manufacturing are squeezed by increasing labor costs in China.

There have been discussions for purchasing the struggling liquid-panel business of Sharp Corp and Foxconn has also made investments in other sectors that range from mobile-phone recycling to industrial robots. Nonetheless, analysts have said that most of its fortunes remain tied to the iPhone maker because it derives almost 50% of its revenue from the Cupertino, California based company. In late September, two new large-screen iPhones were launched by Apple that boast a ‘Force Touch’ technology, which can distinguish between a light tap and strong press. In October, Apple reported a revenue increase of about 31%. In contrast, a lot of rivals of the company have had a tough time.

In this article:Foxconn, iPhone News