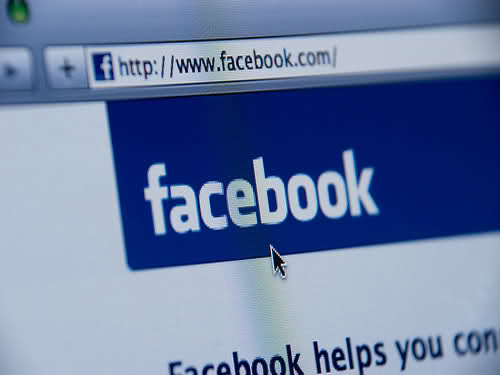 There is a new experiment conducted by Facebook that will allow for some people to pay in order to have a message bypass the Other folder and be sent to the Inbox of someone that they are not connected with. This is done in the Messages feature, the Facebook version of email.

Starting in late December 2012, Facebook said that it will be evaluating the “usefulness of economic signals” in order to decide on what messages from non-friends are relevant to a given user. People can literally buy access to your Inbox on the very popular social networking site.

“This test will give a small number of people the option to pay to have a message routed to the Inbox rather than the Other folder of a recipient that they are not connected with,” Facebook said.

Facebook also gave some examples of messages that could count as relevant and worth buying.

Facebook stated: “This test is designed to address situations where neither social nor algorithmic signals are sufficient. For example, if you want to send a message to someone you heard speak at an event but are not friends with, or if you want to message someone about a job opportunity, you can use this feature to reach their Inbox. For the receiver, this test allows them to hear from people who have an important message to send them.” The cost to the sender in this new experiment is $1. There might be some concern that marketers will begin spamming Facebook users in the same way that they have already infiltrated other emailing services.

“Brands can’t use this feature — not at the moment,” says a Facebook spokesperson. In fact, this paid message feature will be rolled out to a small percentage of users in the U.S. who are sent, at the most, one of these messages in a given week. Yet, there will undoubtedly be an opportunity for Facebook to gain from brands and companies once they catch wind of this service.

Facebook also stated that “several commentators and researchers” think that a fee will prevent unwanted messages from being sent, encouraging more relevant messages to users. While it is still in the testing phase, this new feature could become a staple in the same way that LinkedIn’s InMail service has remained. It is certainly another way for the now public company to earn more revenue.

Facebook also stated that it will be fine-tuning the filters that are present in Messages. In addition to this message re-vamp, there will also be newly named folders in the Inbox. These will basically determine which messages will make it into your Inbox, which is the folder that you usually see when opening up Facebook messages, or if they will end up in the abyss known as the Other folder. A paid message feature is also being tested by the network at present.

In the past, there have been some issues with Facebook’s messaging setup. The Other folder was meant to be something of a spam filter – where people who are not friends on Facebook could still message one another. Anyone can send you a Facebook email at this point, even if they do not have a Facebook account, which some people are unaware of.

There have been issues with Facebook’s email set up before. Some users were complaining that emails were not making it to the right folders, or that some of the messages were not making it in at all. Not to mention that some mayhem had occurred in the past when Facebook synced its email addresses with people’s phones automatically, which ended up changing people’s emails in the address book and causing much confusion and frustration.

According to Facebook, the newly renamed filters will address any issues with messages not being received in the correct folders. Rather than setting up your Facebook Inbox to receive messages from either Friends, Friends of Friends, or Everyone, there will be a new setting called “Basic Filtering.”

The settings for the people in your network will not change, but by removing the specific restrictions (Meaning that you may only receive messages from either Friends or Friends of Friends), Facebook will allow messages to be delivered from people that are not set up on Facebook – and the spam filter will not be triggered.

Likewise, the well-known Friends setting will be changed to “Strict Filtering.” This means that you will only receive messages from Facebook friends or from people approved by Facebook’s algorithm. The algorithm pays attention to things like who is in your network or what messages you decide to move into your Inbox. This will determine if the person sending you the message from outside of Facebook is really a friend or if it is someone that you would want to hear from.

Collectively, the changes will foster more communication within Facebook while opening up the lines of communication with even non Facebook users. It is essentially how Facebook plans to obtain more users in the long run. There will likely be some resistance from frequent users of the messaging feature, but time will tell how effective the new system will work. Reception will probably be mostly positive, but many people will not appreciate the idea of any sort of paid service on the previously free social media site.

Regardless of Facebook’s underlying intention, spammers and unwanted messages can be avoided so long as companies cannot use the new service. Should brands be allowed to pay for the service and message Facebook users, a whole new era of spam would be formed.

Should people be concerned about charges for other features or services used on Facebook, one need only to refer back to Facebook’s original motto. “It’s free and always will be.” 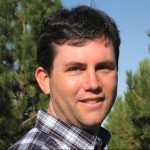 When done correctly, social media can change the way you receive and convert leads and expand your real estate business. Be creative, post a...