There are many ways in which you can improve your engine’s, i.e. your car’s performance. However, with so many different systems designed to run flawlessly as a unit, you really need to be extra careful about any changes you make, no matter how small they may seem.

This is one of the favorite systems to be messed with by car aficionados. Its main responsibility is to draw away the gases produced by the engine and at the same time muffle the noise created by the internal combustion process. No matter what the design of a particular exhaust system is, it works in the same way. It turns the exhaust fumes from the engine into non-toxic gases, muffles the noise and then releases the harmless gases into the atmosphere.

Can I do it myself?

Most probably not. Unless you have extensive knowledge of the principles of exhaust systems, you’re most kindly advised to seek help from professionals. If the words such as exhaust manifold, catalytic converter, muffler and resonator don’t sound familiar enough, you’d better look for another DIY project.  Apart from being able to install a new system, you also need to know whether such alterations are permitted under law.

How does changing the exhaust system boost engine performance?

If you didn’t buy a custom-made car, your car’s exhaust system surely meets all the legal requirements, but perhaps not much more. A way to improve the performance is to alter the construction or certain parts of the system.

In terms of construction, most exhaust systems feature regular or aluminized steel, while better ones are usually made of stainless steel, which makes it possible for the system to last much longer. For example, this was seen as one of the major improvements in Mitsubishi Evolution exhausts.

Also, in order to prevent heat from escaping and to keep the car’s temperature lower, additional thermal insulation should be installed. This layer also significantly contributes to the less wear-and-tear of the system.

Parts of the system

When it comes to particular parts, an exhaust header might replace an exhaust manifold. The former features separate pipes at each exhaust port of the engine, designed to make the air flow faster. The pipes collect all the gases into one collector and then to a part known as “down pipe”. When each header pipe pushes the gas through, there is a reaction in the form of vacuum in another pipe. That allows for wasted exhaust fumes to be put to use.

A catalytic converter is another part that can be improved, although its main role is to limit the car’s negative impact on the environment. If made of better material and designed to lower the back pressure, catalytic converters can bring about improvement in engine performance, too.

Another element that can be replaced to obtain better performance are the mid-pipes, i.e. the tubes connecting the catalytic converter and the muffler. The top-of-the range exhaust systems boast merging pipes, either featuring a pipe in between (H-style) or being connected in the middle (X-style). The connection between the pipes means that the air pressure is the same and the back pressure is lower once the exhaust gas passes through the catalytic converter.

In order to find the best way to boost your car’s performance, you need to do some research, talk to professionals and people who’ve had their vehicles pimped. Also, have a look at the written and video testimonials of people from all over the world to get an idea about what kind of benefit you might expect and whether it’s worth the trouble and investment.

In this article:engine, exhaust system, horsepower 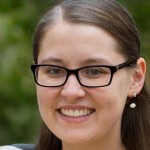 Lillian believes that the question of business goes far beyond the maximization of profit through different money-grabbing ploys. Instead, she likes to think that ethical principles should be at the core of every commercial venture, paving the way for much more balanced distribution of wealth on a global scale. As a seasoned business consultant, she tends to advise her clients to always focus on long-term goals and sustainability, rather than on some questionable get-rich-fast schemes.rn 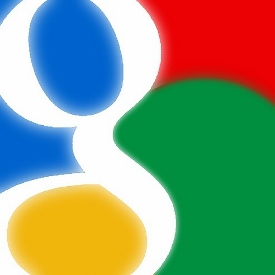 How To Recover A Suspended Customer Account In Google

Google is not only a browser but a facilitator on which day to day jobs of every human being depend. However, there may be...