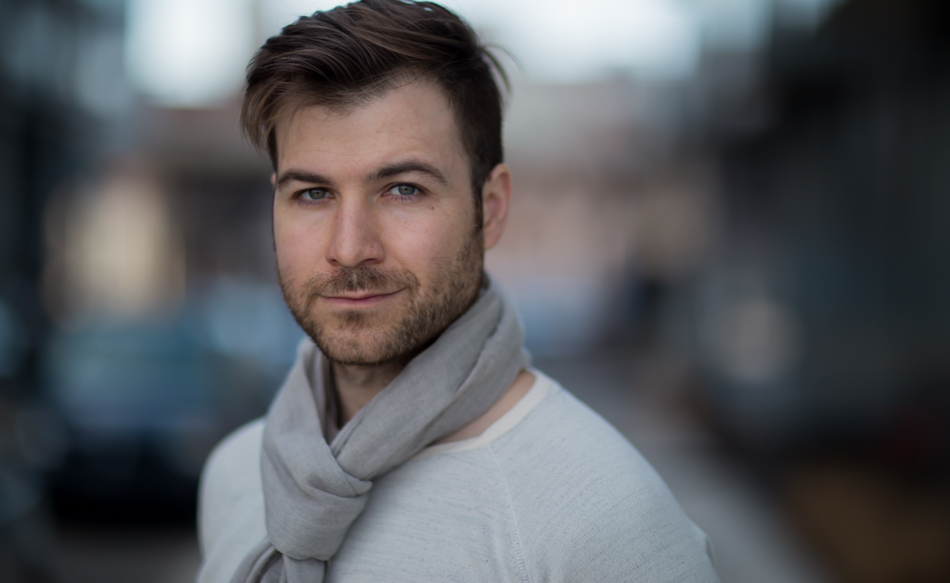 One of Samuel Laflamme’s most recent work involves the sequel of the highly acclaimed Outlast, considered by many to be one of the scariest games of all time. For this instalment of the groundbreaking series, Outlast 2, Laflamme has switched from the orchestral arrangements he used in the first game, in favor of something far more visceral and brutal. In addition, he bolstered the voice of the score by crafting entirely new instruments, leading to unique and unprecedented sounds. The result is an electrifying soundtrack that manages to convey both subtle atmospheric tension, and pulse-pounding terror.

In this interview, Samuel talks about how he completely reinvented the musical palette for the sequel, using synth and electronic sounds rather than his previous orchestral tone plus lots more. Enjoy!

What kind of efforts did you take to have Outlast 2’s score differentiate itself from the first game? After all, the locales between the games are wildly different.

Laflamme: The Outlast 2 score was definitely more demanding than that of the original, for a couple of reasons. First, because we wanted to terror in Outlast 2 to feel fresh, I had to completely start from scratch. The new, radically different rural setting also required me to rethink some of the usual tricks I used in the first game. But, of course, everything still had to meet the standards of absolute terror that the first game had already established.

Did you set out with the goal of completing altering the soundscape of the series or did you approach making the music for Outlast 2 as more of an attempt to craft something familiar, but different?

Laflamme: In a lot of ways, I seriously reinvented my approach to instrumentation. In the first Outlast, we wanted used an orchestral score to give the game a more traditionally gothic sensibility, which felt befitting for the asylum setting. With the second game, however, I used guitars, banjos, and percussion instruments, and then tweaked them through modular filtering to make them sound eerier. I then went a step further and explored the sounds of everyday objects like a piece of wood or metal, and that led my team and I to design an instrument with a metal string attached a to a piece of wood. Then we used a Contact mic and played the instrument with a violin bow, and it really fit with the overall score. The goal was to create an instrument that would sound like a guitar but it isn’t and sounds like a bass, but it isn’t.

In what way did you consider the juxtaposition of incredibly graphic violence (by all counts, Outlast 2 doesn’t look like it’ll be for the squeamish haha) with your score?

Laflamme: Ultimately, when you create music for a tense chase scene, your real concern is to create something that prompts the player to run. With all those scary and gory moments, I don’t have a lot of opportunities to add something a little something more beautiful and peaceful, because it just wouldn’t fit the subject matter. I have to choose the right moments for it. But when it’s well done, it brings soul to the experience, allowing an incredibly rewarding contrast. Think of Reservoir Dogs, the famous scene when Michael Madsen cuts the ear, the music just brings magic to this scene.

How did you find your way into making music for games?

Laflamme: My good friend Sam Girardin, from Game On, introduced me to Philippe Morin, at Red Barrels. Phil and I chatted a while and we found that we shared the same vision of music’s role in movies and games. We really connected on how the music can be used as a storyteller. So, Outlast was my first game. I’ve been lucky to meet the right people at the right time. Outlast gave me some visibility, and through its success, I was able to establish myself as a video game composer.

What’s your favorite (or the one that’s influenced you most) score that you’ve ever heard? (Game, Movie, TV, anything really)

Was there a particular sequence in the game or piece of music that you found especially challenging to fully realize?

Laflamme: I would say that having done so many chase themes for Outlast 2, in the end, it’s difficult to reinvent the genre while staying in the same sonic palette.

The last chase themes were definitely the most challenging. At one point, I think I went too far, and Phil from Red Barrels felt it would be too intense to put it in ears of gamers during 30 min of gameplay… but I still put it in my Soundtrack Album (see the 13th track; show me your true face). They’re distorted sounds that I can’t play too often in it. It’s too intense. I had to tone it down a bit and in the album, it was possible to put them in the right place. But in the game, within an interactive world, you don’t have this precise control…

Outlast 1 was a game largely built around the tension of running away from danger. In what ways did you use your music to further increase the level of horror of fleeing from a very present danger in- game?

Laflamme: But trying a new way of approaching those levels… I still use a lot of chase music, but Francis (Red Barrels Audio Director/Sound Designer) and I tried to change the indicators for the gamer to start running. In Outlast 1, we did use a lot of singers that started the chase themes. We got rid of those, and just let the chase themes speak for themselves. Some moments don’t have chase music at all. Just let the player fully take in the environment’s sound design.

Is there a standout piece in the score that you find yourself particularly proud of?

Laflamme: Track 14 “you Never let me go” is one of my favourite! I tried to stay minimalist but efficient at the same time, and I think I really nailed it on this one. I’m very proud of the large sonic image it delivers, without using any orchestra (except for one bass note). I also really enjoy the contrast of emotion compared to all those chase themes. To me, it’s like you’re in hell during all the game, and I was looking for creating something that feels like heaven… just to try to put something like that on some gory images… I almost cried the first time I played that moment!

“Swarm Ambience” from the first game is one of the most uncomfortably disturbing pieces of music I’ve ever heard! Any chance you tapped into that gold mine again for round 2? Or anything similar?

Laflamme: Oh thank you! I can’t pretend I tapped into it that much, but I stayed focused on trying to! I recorded a choir in a Church that delivers 7 seconds of reverb. This is where the eerie choir tension comes from in Outlast 2. You won’t have the same effect as the soundtrack because it doesn’t represent the same symbol. In Outlast 2, I tried to not use all those Cult clichés like Jerry Goldsmith brilliantly did on The Omen. I wanted to stay modern and minimalist. If you listen the second track hide you in Ezekiel’s blood, you’ll hear in the background some of these choir clusters tensions.