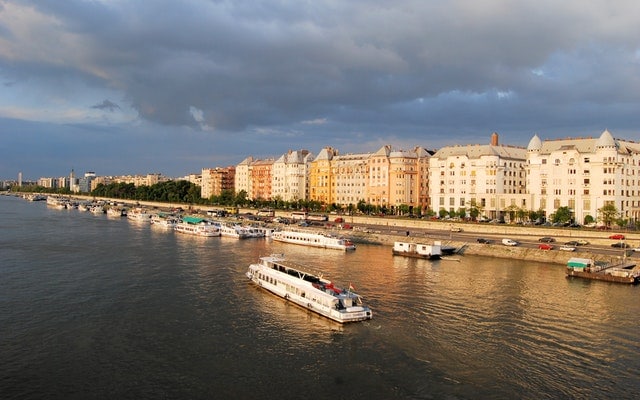 The Challenges of Infrastructure Maintenance and Management

A large portion of cutting-edge tech tends to focus on matters of convenience, offering consumers with fixes for everyday tasks and conflicts.

Meanwhile, much larger, societal issues are often placed on the back burner in favor of these consumer-facing advances.

Civil engineering, in particular, is generally ignored by anyone not directly involved with this small but vital sector.

This indifference has persisted despite the increase in importance of infrastructure as a political factor, specifically over the last five years.

Even a John Oliver exposé piece failed to fundamentally change the way the mainstream voting public viewed civil engineering and its massive impact on daily life in America.

“Structural failures cost billions of dollars to our society every year. The economic burden on our society for infrastructure maintenance, upgradation and retrofitting is increasing day by day. Industrially advanced and civilized nations including USA have been very concerned looking at the economic consequences the nations will face if appropriate infrastructure maintenance strategy is not developed ahead of time.”

These are the words of Dr. Ajoy Kumar Das, who has spent his career meticulously creating a system by which civil engineers just about anywhere can monitor the health of existing large structures and even predict how those structures will fare during the course of natural disasters.

This system, called Structural Health Monitoring (SHM), represents a momentous leap in our collective understanding of infrastructure, especially regarding the care of structures that were built decades ago.

Dr. Das was kind enough to speak with TechSling about SHM and the intricacies of how it could affect contemporary civil engineering and society as a whole.

An explanation of SHM

Before we examine the many applications of SHM, we will run through a brief explanation of what exactly SHM is and how it functions.

Dr. Das made it clear to us that there is much to be said about SHM, both on a technical level and in terms of how the system can be altered to fit different situations and needs.

As our readers might expect, the science and mathematics that make SHM possible are quite complex.

We’ll start with a simplified breakdown of the purpose of SHM, provided by Dr. Das.

“Structural Health Monitoring is a systematic process of assessing the health of a given society’s infrastructure and industrial assets. The main goal of SHM is to design predictive, proactive, and preventative lifecycle management plans with the aim of improving structural performance during normal operations as well as during natural hazards.”

So how is this accomplished? Under normal circumstances, assessments of structural health and integrity are only performed periodically. How does SHM gather such specific and constant data from multiple structures?

The answer is a network of sensors, utilizing sensors specifically designed to gather crucial data at a frequent rate.

“To conduct SHM, we need high precision smart sensors for measuring physical responses at key locations. This data is collected by a high sampling-rate data acquisition system and stored inside computer memory. The final step is to process this data using advanced signal analysis software. Data analytics initially determine whether a structure is defective.”

Engineers use this collected data to examine the current health of any given structure. From there, these engineers can make informed decisions as to what repairs and maintenance efforts need to be made and how much those measures are likely to cost.

Using sensors to collect data from existing structures is not a brand new idea, of course. As Dr. Das reminded us, many large bridges already make use of sensor networks to monitor structural fidelity.

SHM seeks to extend and improve that approach by using advanced signal processing.

Ideally, SHM would be used to monitor large structures continuously, especially if those structures are quite old.

While many SHM applications focus on monitoring the health of existing structures, one area where the method can prevent problems long before they take place is in construction.

For very good reasons, architects, developers, insurance companies, and property owners all have a great desire to make sure that a new building won’t encounter major problems in the future.

As Dr. Das explained, even with our current understanding of structural fidelity and construction precautions, mistakes are still made.

Thankfully, SHM can come into play even during the design and construction process, reducing risk for everyone involved.

“Designs can sometimes be faulty and those faults often remain undetected until failure occurs. SHM of such structures during and after construction can significantly reduce risk as defects would be identified at an early stage without exposing the public to excessive risk.”

With this advanced insight, architects can make informed changes to their designs. Insurance companies can offer lower premiums as they are more confident in the integrity of the structure.

As you might imagine, SHM applications with regards to both public and private structures represent not only a significant improvement to current safety measures but also an opportunity to predict how any building equipped with sensors will fare during any number of different natural disasters.

It’s difficult to ignore the number of lives that could be saved. Simultaneously, for municipal, state, and federal governments, SHM could allow for huge amounts of public funds to be saved, rather than spending those funds on extensive repairs and rebuilding efforts following a major disaster.

“With SHM, it is possible to predict the fate of a structure during and after natural disasters. Onboard data processing and signal analysis software can process sensor data in real-time and provide feedback. Buildings, transmission towers, and bridges in earthquake-prone areas can also be monitored continuously. The vibration responses of the structures during the actual event would activate an alarm system and guide occupants to safe locations.”

For all of our collective technological progress (specifically in the form of smartphones and near-constant access to the internet), the only major updates to government emergency procedures have been with regards to communication.

For example, AMBER alerts and other emergency notifications have done a wonderful job of spreading up-to-date information to everyone who owns a smartphone, which at this point is a large portion of the American population.

While SHM would surely contribute to this pre-existing system, it would also allow for predictive analytics.

If, for instance, residents of a particular building knew that they were at greater risk during an earthquake, they could prepare accordingly, or the building owner could take greater efforts to improve the health of the building long before an earthquake occurs.

So how is SHM being implemented right now? Perhaps more importantly, how has the structural engineering industry responded to the basic concepts of SHM?

We asked Dr. Das to talk a little bit about how institutions and private companies have reacted to his SHM methodology.

It’s a wonderful start for SHM, but there’s still a long way to go before this technique reaches its full potential.

It may be years before government entities decide to implement SHM on a large scale. Indeed, many politicians, whether local or national, are likely still unaware of SHM as a whole and what exactly it offers to their constituents.

Thankfully, young engineering students have shown great interest in SHM. Let’s take a look at how Dr. Das has been influencing interested students in his forward-thinking approach.

In addition to his ongoing work with applied SHM, Dr. Das is also quite evangelical when it comes to communicating the value of this system.

Dr. Das has authored a number of publications elaborating on SHM and he even mentors young engineering students in this methodology.

According to Dr. Das, there are several misconceptions that students tend to have when learning about SHM, not the least of which is an incorrect belief that the sensors themselves are the secret to the success of SHM.

“Students often misunderstand that a sensor does everything for structural health monitoring. In reality, SHM is an inverse process which is executed systematically. Engineers put bits and pieces together from various disciplines to achieve the basic goal of SHM.”

SHM sits at the intersection of many different areas of expertise. If it were true that sensors alone could assess and predict the health of large structures, then sensors likely would have been installed in just about every building in the country. But this is not the case.

To use a simple metaphor, a child may look at a computer and see its impressive abilities as something like magic. It may appear as if the monitor is making decisions on its own.

In truth, every computer conceals a highly intricate network of components that interpret inputs. In other words, there’s much more than meets the eye.

A computer, like any other tool, is most effective when used by someone who understands its inner workings and capabilities.

Students of SHM need to understand a great deal about structural theory, structural dynamics, mechanics, design, and data analysis software before they can truly grasp its value and applications.

SHM still isn’t the norm, but it very well could be in a matter of time. Dr. Das and other leading engineers are always finding new ways to improve on older systems.

Until then, the focus remains on spreading the word, letting engineers and public officials know that a better way has been found. SHM may indeed be the way of the future.