No matter what corner of the world you look to, people everywhere are looking for ways and means to keep their online activities private only to themselves, and to protect their personal data whenever online. Unfortunately, a good majority don’t really know about VPN, a simple technology that allows you to hide your browsing history even from your ISP. With a credible provider such as BulletVPN, subscribers should look forward to a high level of online security, as well as a whole lot of other smart little features. Here’s what you should expect:

BulletVPN allows its new customers to test out their service for about 30 days before they decide whether to buy into a subscription or not. This prevents anyone from losing out on money that they could’ve spent doing other things, in case they find out the service really isn’t as impressive. They’ll get back the full amount they paid at the beginning, provided the claim is made within 30 days of the initial purchase. 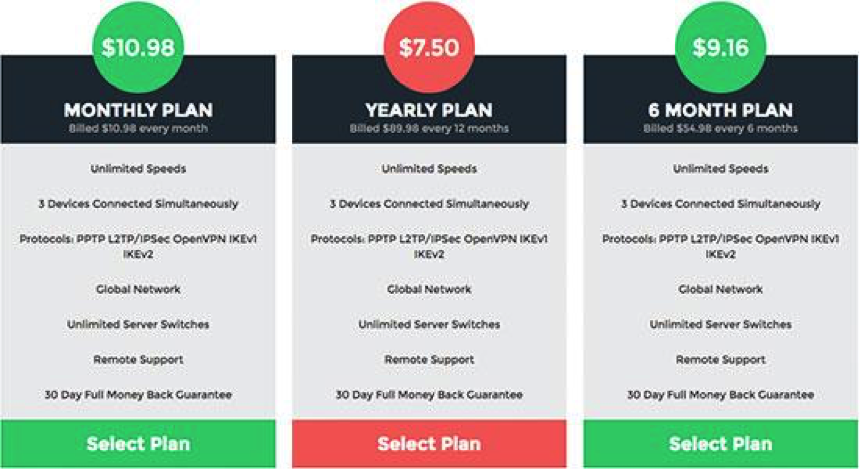 When it comes to pricing, BulletVPN offers three well thought out plans to choose from:

Compared to other providers, these rates are not badly off. In fact, the one year package is one of the most affordable rates available for a VPN service across the market. It’s really worth considering.

Any well-known VPN service has a decent number of servers scattered around the world. BulletVPN is no exception to this rule, as their servers can be found on every continent, and in countries such as India, Spain, Australia, Germany, Japan, Canada, the US and Brazil. A good amount of servers worldwide guarantees that your connection will always be kept secure.

Here’s a more elaborate list of where to find servers by continent:

BulletVPN uses up to 5 protocols to ensure that your security remains intact regardless of whatever you could be up to online. The service also guarantees that no records of your browsing are kept, and there’s also a policy that sees to that. Here are the 5 protocols in use: 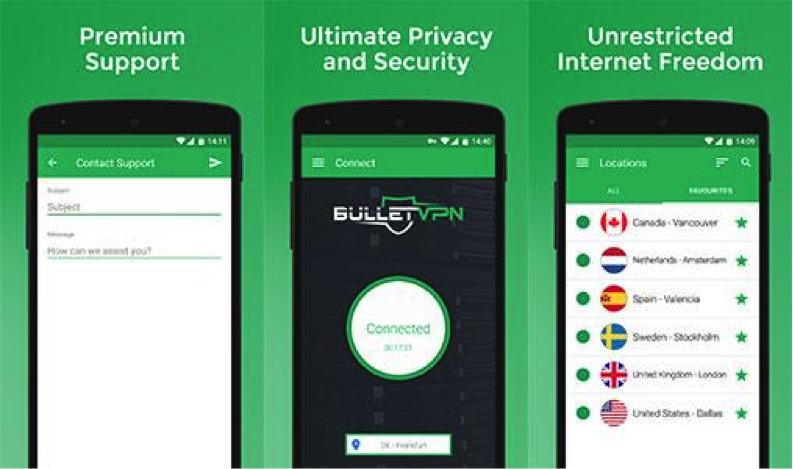 Compared to some of the VPN apps released by other companies, BulletVPN’s version seems to be quite user-friendly and easy to navigate through. It is easily compatible with a variety of devices and comes in versions that run on both Apple and Android platforms. For Android users, the app can be accessed from the Google Play Store, and after installation, connecting to a remote server based in the UK, for example, should only take less than a few minutes. This should allow users to catch up on top rated shows after unblocking channels such as UK Netflix and the like.

The customer care team at BulletVPN do a lot to ensure that everyone’s concerns are well attended to, as soon as they come about. They’re quick to respond to any queries raised through their social media accounts on Facebook and Twitter, or those put forward through filling in the contact forms found on their website.

All factors considered, BulletVPN performs really well in most of the key areas that are used to judge the quality of a VPN service. Their friendly customer service team, as well as their 30-day money back guarantee, do pretty well in reassuring potential customers of the quality of their service.