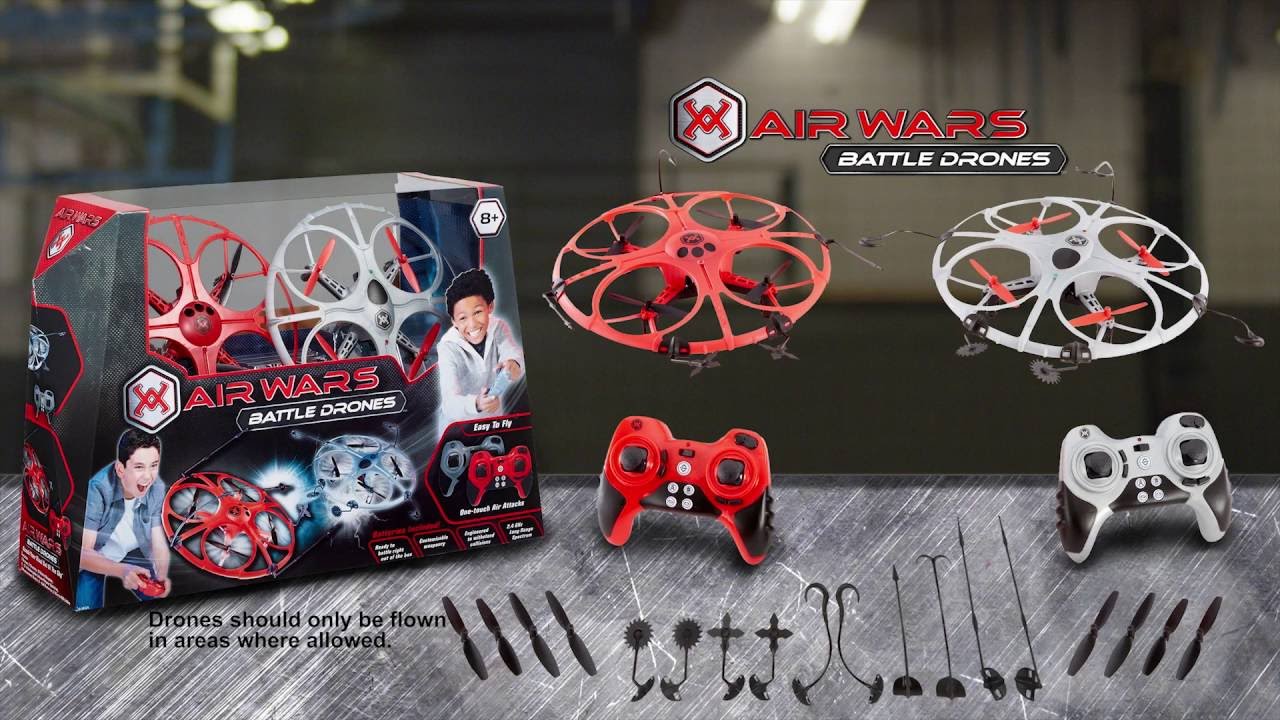 The world has changed as we know it. In years gone by, children could only play with toy cars but now you can buy a mini drone for your child to play together with friends. This possibility goes way beyond anyone’s imagination even a few years ago. Thanks to products like Air Wars Battle Drones, if you really wish to get a toy drone, you can just go and buy one.

Simply put,Air Wars Battle Drones allow players to battle with remote controlled flying quad-copter drones to see who falls out of the sky. With four main attack moves (tornado, 360 spin, circle and ram attack), there are more than one fun ways to use its customisable weapons to take down a rival.

Air Wars Battle Drones are different from commercial drones that are used to capture pictures and videos because they are designed as toys that are suitable for kids to play with. However, this is not the only feature that makes Air Wars Battle Drone a great choice as we discovered when we tried it out. Below are some of the additional features that make the battle drones very attractive for users.

Simple and Sturdy Design: Air Wars Battle Drones are designed in a circular shape for simplicity. Each drone comes with four lightweight, but sturdy, plastic copters that are ideal for flying and engineered to withstand collisions and falls.

Easy to Use: If you purchase Air Wars Battle Drones, you will get two quad-copter drones in different colors. These mini-drones are specifically designed for battle playing that enables users to play with their friends straight after unboxing the package.

Fun to Play: Built for combat, each drone in the package comes fully equipped with several plastic weapon options. These weapons are not dangerous and can be easily attached to the drone frame. In addition, the use of the accompanying weapons increases the fun element of playing with friends as players can attack one another with intuitive controls and one-touch attack moves until one of the drones is made to fall to the ground.

Indoor and Outdoor Use: One of the best qualities of Air Wars Battle Drones is the ability to play indoors or outdoors. Indeed, the drones are completely safe to operate indoors as  they are lightweight, do not fly too high and comes with manual speed control with 3 different settings. Furthermore, durable framing and propellers are enclosed especially for safe play.

Note that drones should only be flown in areas where allowed.