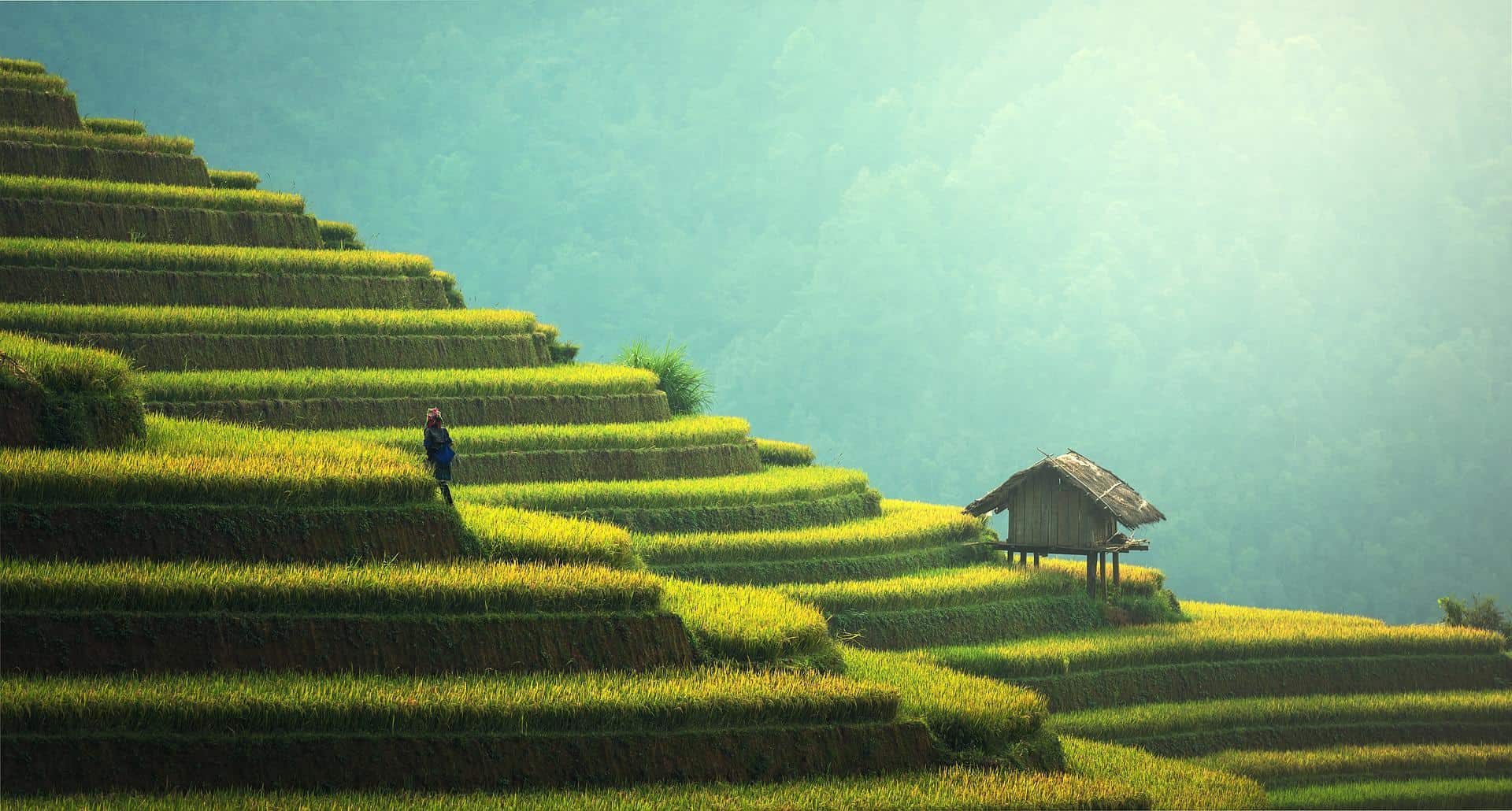 Thailand’s culture is one of the oldest in the world and considering it is the only country in Southeast Asia that has never been conquered, its traditions are still intact.

Being located between China and India, its culture has a lot of influence from both countries, but do you know what are the traditions of this Asian country?

For a meal to be 100% Thai it must include soup, salad, fish, vegetables, rice, and sometimes pork, chicken, or beef.

How you eat is also very important in Thailand. You need to know how to use cutlery correctly and how to behave during a meal to be respected by the locals. The fork is used to push food onto the spoon, which is the only piece of cutlery you should put in your mouth. Never try to put your fork in your mouth, as Thai people find it offensive. But if you want to eat noodles, use chopsticks.

Moreover, when serving food directly from the bowls, do not put more than one or two spoonfuls on your plate at a time.

The culture of art

The local handcrafts are world-renowned, especially the fabric made by local craftsmen. However, there are also many other crafts in the country.

Thai silk is one of the world’s most important and exported silks, and its threads come in a wide variety of colours and lengths.

As for clothing, suits can be cheap if you know where to look. You will find plenty of tailors in Bangkok who will be happy to create a tailor-made suit for you. However, if you do decide to have one made, bear in mind that the process can take several days, so plan ahead.

Wooden and bamboo crafts are very popular in the north of the country. Thanks to its dense bamboo, rattan, and mango forests, it is possible to also construct the vast majority of its buildings from these materials.

Finally, traditional local musical instruments and puppets represent the main art forms in the Asian country. The sueng and the khim are the two most important instruments in Thai musical culture. Puppets are usually one-metre-long and must be controlled by at least 3 people.

The culture of sport

Basketball has a huge fan base in Thailand, being a very popular sport. But the national sport is Muay Thai. Thais love combat sports, and Muay Thai started in the 15th century, with the aim of fighting against an armed individual using only force. Nowadays, Muay Thai fights have five rounds of three minutes and the only rule they have is not to hit the genitals. The winner is the fighter who manages to KO his opponent. Some of the most famous stars of this sport are Jean Claude Van Damme and Tony Jaa.

It is common to find many people in Thailand, including adults, playing traditional Thai games in the streets. Amongst these games are those that require ropes or rubber bands such as Chan-Angkarn, Dern Ka La, or Ba Kang Wo. There are also those that involve food such as eggs or seeds, including E-Sok, Len Saba, or Ka Fug Khai.

However, beyond the traditional games, there are others that are increasingly gaining momentum. Online casino ( คาสิโนออนไลน์) games are becoming increasingly popular amongst Thais. Nowadays, providers such as Asiabet allow access to a large number of legal casinos to avoid legal problems. In addition, international classics such as roulette, poker or blackjack can be enjoyed. Additionally, more alternative games such as Sic Bo, Scratch Cards, or Lucky Wheel. Also, users can access different bonuses that they can benefit from when playing.

Thai culture has several curiosities that will surprise you, which you will never find in Western culture. Some examples are the following:

It is always interesting to learn about the culture of a country that is not your own, especially if it has traditions as old as those of Thailand. Did you know any of the ones we have mentioned?

5 Benefits to Working in Thailand after College

Like any other place or country you might have dreamt of working in, Thailand is a great place to start a career after your...