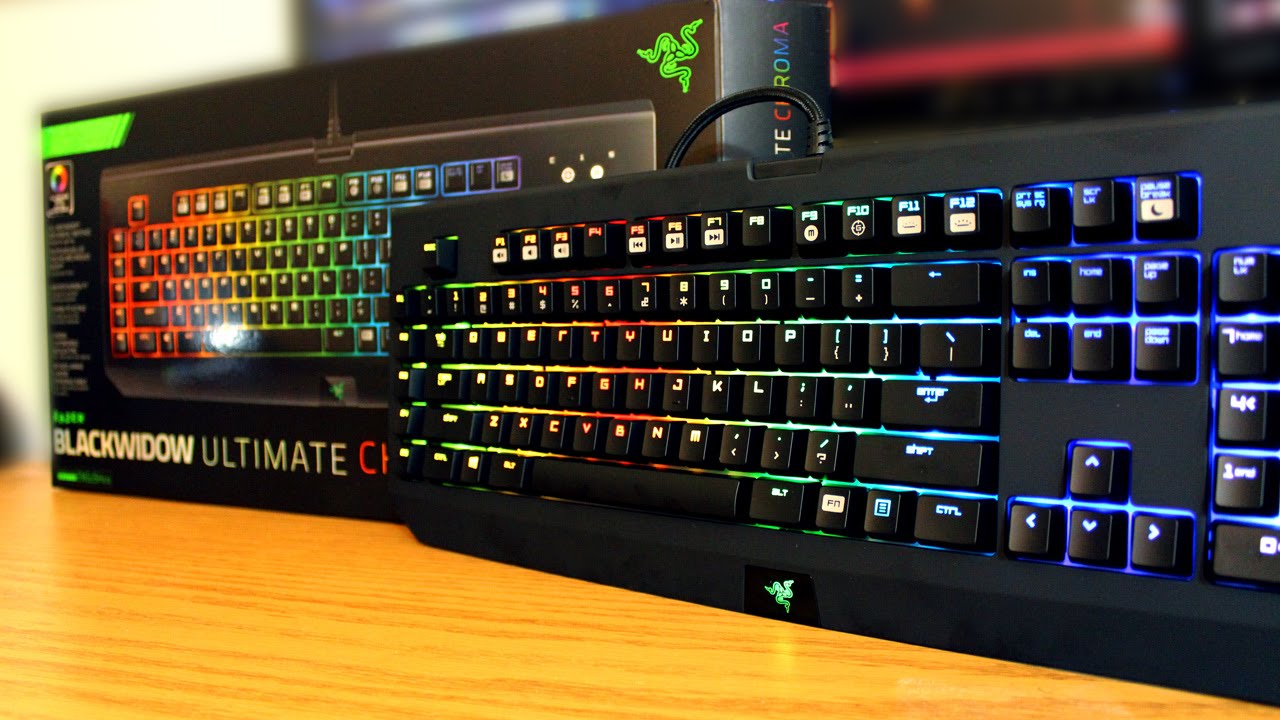 We have done reviews on Chroma gadgets recently. However, this is a review of Chroma keyboard, the Razer BlackWidow Chroma, which is one of the best gaming keyboards currently on the market. After the launch of the BlackWidow in 2010, this keyboard rose to become one of the most popular keyboards in gaming competitions where millions of dollars are usually at stake. This latest addition takes that solid performing platform and adds the Chroma options, customisable colouring options.

Although the reputation of the Razer BlackWidow precedes it, this review will still take an objective view of this gaming accessory and its features. Its popularity says little, if anything, of its position in the hierarchy of the best gaming keyboards in the world. The point is, being popular and being the best are not necessarily the same thing. Truthfully, this gaming keyboard is quite literally in a league of its own when it comes to the gaming niche. So, in a way, all the buzz surrounding it is not merely empty hype. The only real competitors to speak of include other Razer keyboards, and the Corsair K70 (the RGB version). This later competitor is actually giving the Razer Chroma a run for its money, and it is the first threat that could possibly dethrone the Razer BlackWidow unless the company ups its game.

Now, on to what Razer BlackWidow offers. To begin with, the keyboard works with mechanical Switches. And every one of these switches is branded with the Razer name and boasts of several levels, beginning with Omm at the very top, followed by Reset and then another level below that. It is worth noting that the movement from the top to the bottom is as smooth as can be.

Razer BlackWidow has backlit keys that light as you want them to. In this respect, this version is similar to BlackWidow Ultimate, although the Ultimate only lights up with Razer Green. Both BlackWidow and Ultimate use actuation force for the keys. However, despite the Tournament Edition having this same feature on its keys, it does not light up, and it does not have a number pad either.

The keyboard also relies on braided fiber cable, whose main upside is that it is does not suffer permanent deformation from getting tangled or bent. With two USB ports, it means that you will have an additional USB port for another accessory, for instance, a mouse. However, if you happen to have a Razer headphone as well, you will have to plug it to the computer since it uses a standard USB as well, but this should not be a deal breaker for anyone considering purchasing this gaming accessory.

The accessory also features both Audio In and Audio Out. The audio ports are so good you won’t tell you are not connecting directly to your computer. A mouse connected to the keyboard’s USB port is the same way, just as effective as when connected to the PC, at least as far as the user’s experience is concerned.

The keyboard can also offer over 16 million colour variations, but this feature is present in all Chroma accessories. The Static mode gives you a single colour, while Spectrum Cycling allows you to see all the colours of the rainbow as they roll through. There is also the Breathing mode which seems to give the keyboard some ‘life’ as it pulsates rhythmically.

In fact, with the Razer BlackWidow, each individual key can have a different colour, and you will even have templates to help you along. The templates are based on the various gaming situations. You can even use the intuitive and exciting Reactive mode, where a key’s colour depends on when you last tapped it.

For serious gamers, this is the must-have keyboard. The aesthetic appeal of the colours, or even the question of their necessity all comes down to personal choice, but if you are serious about functionality, they should not be a deciding factor. That said, if you like you keyboard to glow and then emit slight waves of pink with each tap, then you will have no option but to get this specific keyboard.

In this article:chroma keyboard, razer blackwidow