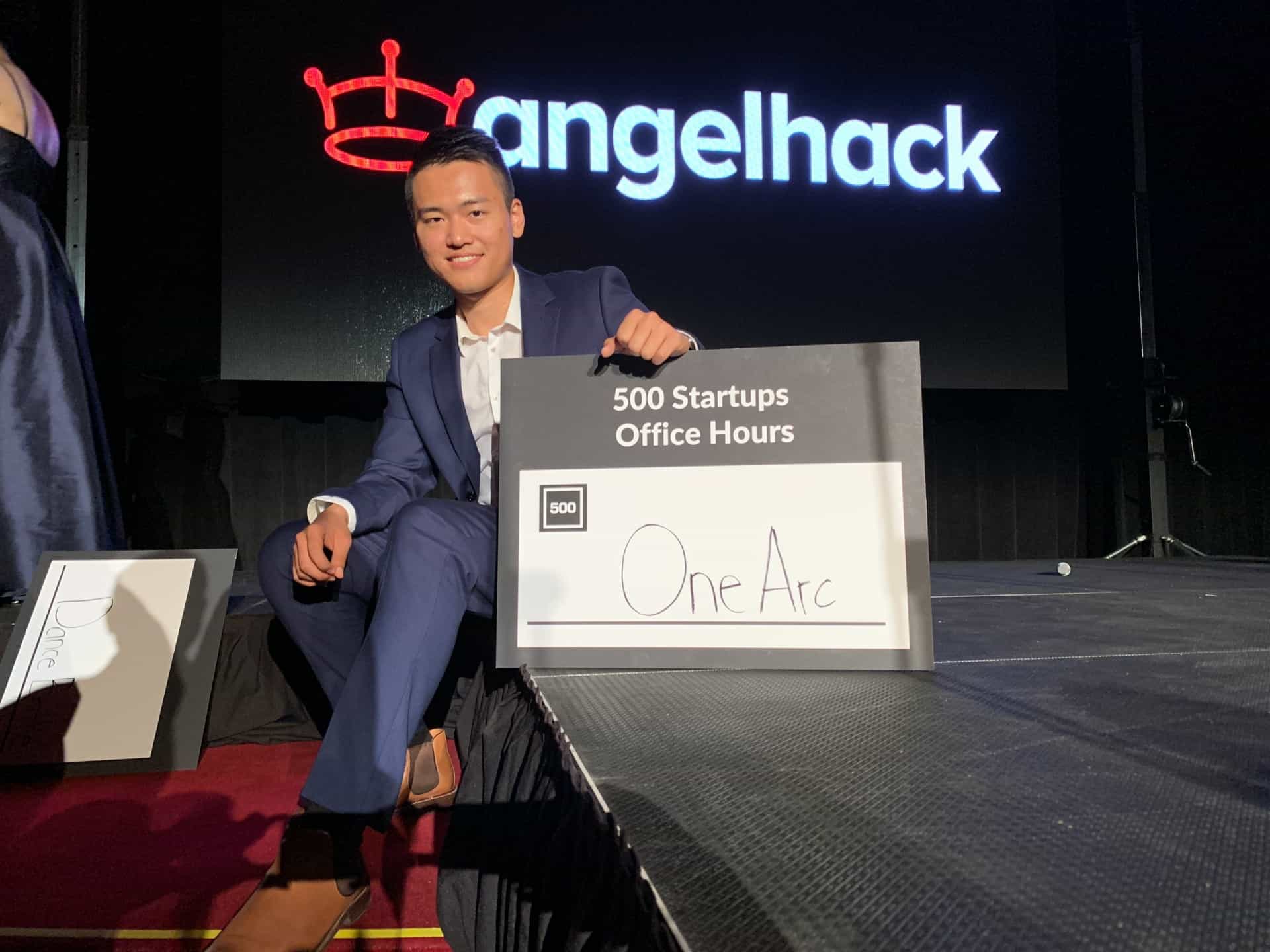 Both official and unofficial disaster relief efforts around the world are certainly worth commending, and advanced technology has been a big part of how these efforts have improved over time.

However, there are still many opportunities for improvement in this area.

One of the most difficult aspects of disaster relief is finding ways to communicate with survivors and get them the information they need to stay alive.

Fortunately, talented developers and leaders in the tech sector are actively seeking out efficient and effective ways to prevent secondary casualties in disaster situations.

TechSling spoke with Xiaozhou (William) Du about his tech-based disaster relief project, OneArc, to learn more about how technology can lead the way forward for disaster relief and maybe even save lives in the process.

William Du on the OneArc premise 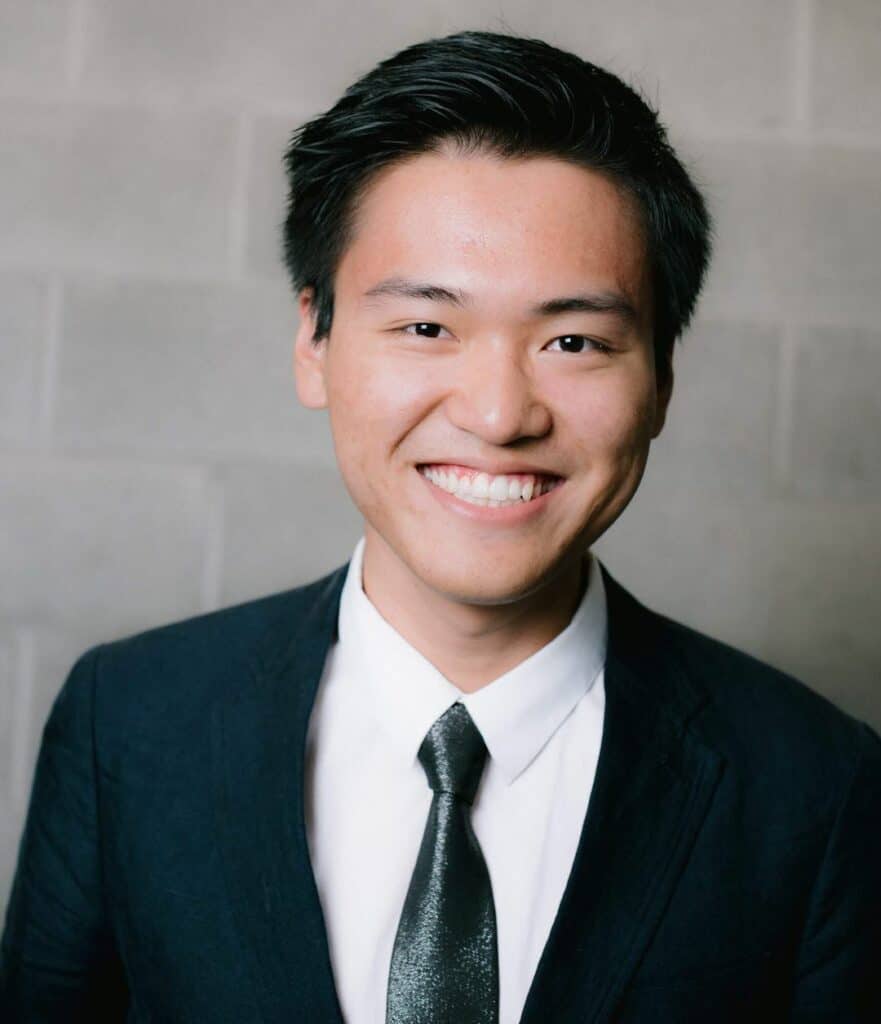 William Du, co-founder and COO of OneArc, has an impressively varied background that includes experience in marketing, business consulting, design, and coding.

But he especially enjoys working as a leader within developer communities, which ties nicely into his current role as Developer Community Manager at Agora, a position he earned partially through his work on OneArc.

In this article, we’ll be focusing on the award-winning OneArc project: how it first came about, the team who made it, and Du’s substantial role in making it into a viable product, which is a credit to his leadership and communication skills.

But first, what is OneArc?

In its most basic form, OneArc provides its users with up-to-date information on their area during an emergency situation and gives them the ability to request help.

Similar to other crowdsourcing apps such as Waze and Citizen, users submit data which is then placed on a map.

Inspired by the results of the devastating Sichuan earthquake of 2008, OneArc, named after the story of Noah’s Ark, is all about helping people in need.

One of the important factors of many emergency situations that Du highlighted for us is the possibility for secondary casualties. Most times, when we hear reporting on disaster situations, casualties get mentioned frequently.

While it is indeed important to report on primary casualties, Du understands that secondary casualties tend to get far less attention.

In essence, secondary casualties are the result of survivors of the initial disaster not having access to the resources they need to continue surviving.

So let’s say a hurricane has left a family’s house flooded. They survived the hurricane itself, but now they’re without power and running water.

They need to know how to get in touch with rescue operations, but radio reports or even online reporting of the disaster will never be specific enough for this family to benefit from it.

Also, it may be difficult to verify received information.

Du explains how OneArc aimed to solve this problem:

“There was no solution for integrating all this vital information. My teammates and I wanted to change that. Survivors can use it to find the nearest resource point. They can also request assistance through the app. Last but not least, the platform allows survivors to video chat with their family members, even in a low bandwidth situation.”

Du’s central role in relation to OneArc was to determine the market value of the product and coordinate marketing strategies based on that value, in addition to helping out with design and front-end setup.

We’ll be talking about the development process in more detail, but that’s a basic breakdown of OneArc: help people in disaster situations access the resources they need to survive. 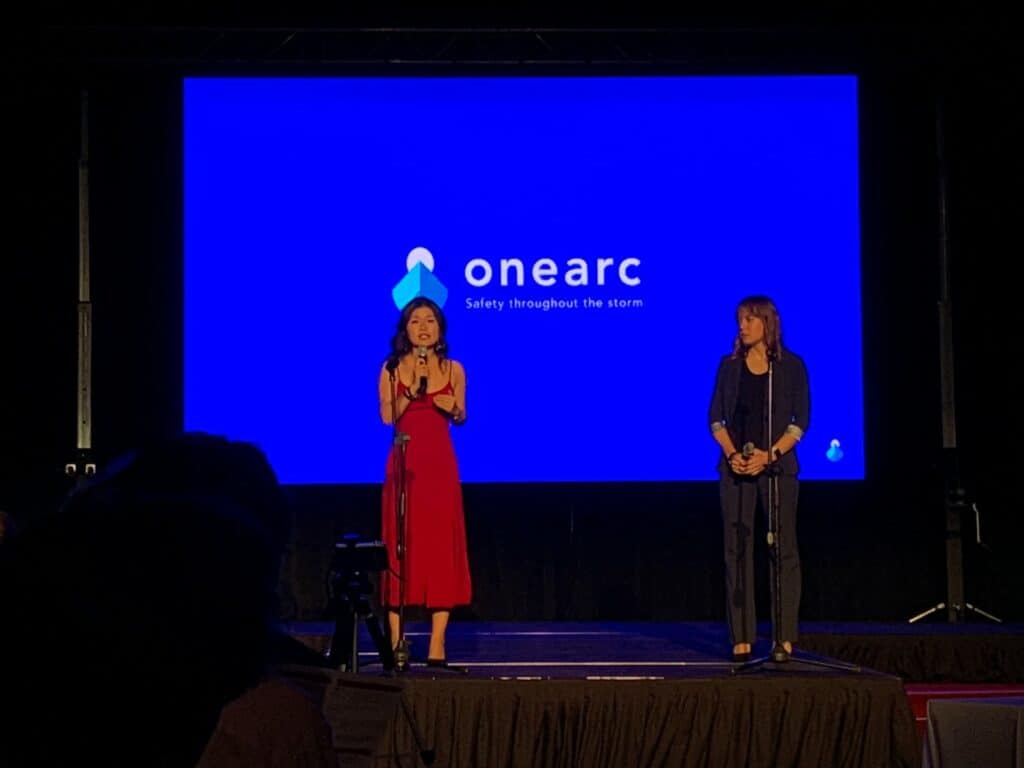 Unlike many other development teams, the OneArc team only met for the first time at the 2018 Angelhack Global Hackathon in Seattle, where they would be competing.

After meeting during breakfast at the event venue, they all just seemed to click right away. This immediate sense of chemistry is what inspired them to work together on what would become OneArc.

Also very important was how each team member brought vital skills to the table, as Du details:

“We had a teammate from Oklahoma who has a background in business but is passionate about technology, an amazing UX designer from Vancouver, Canada, a computer science college student who worked on the backend infrastructure, and a passionate front-end engineer who graduated from a coding boot camp.”

These different perspectives would prove to be valuable both during the initial hackathon development and the subsequent development facilitated by a notable pre-accelerator.

Even with a wealth of talent and skill, the OneArc team faced difficult challenges, and we’d like to touch on the biggest ones. 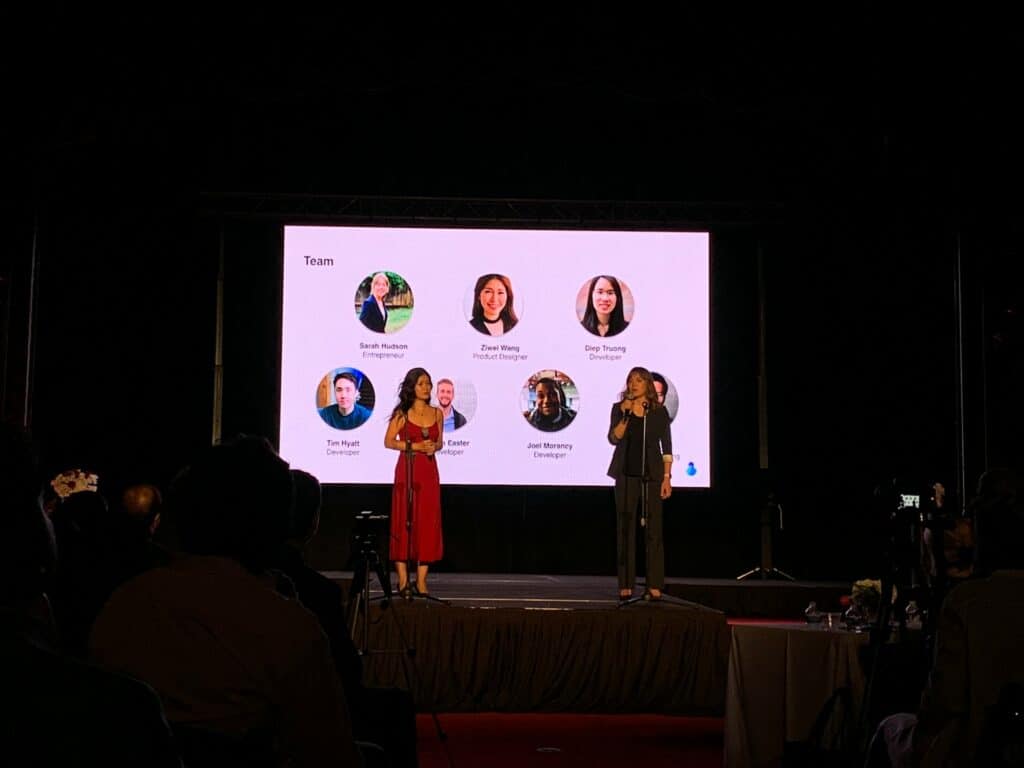 As with any development process, there were definitely challenges that the OneArc team needed to face down.

The first major challenge was to find the proper market for the product and an appropriate business model that corresponded well with that market.

The core motivation behind OneArc was the social cause itself, of improving chances of survival during a disaster situation. But of course, OneArc would also need to be able to sustain itself and its own operation.

This is what eventually caused the team to pivot from a telemedicine focus to relief information and dispatch. Du:

“We also changed the business model from a government-funded solution to a unique service for home insurance companies for its members.”

The second major challenge for the OneArc team had to do with their knowledge of the technology.

After all, the idea for OneArc was born during a hackathon, and the whole point of a hackathon is to come up with a Minimum Viable Product in just a couple of days. Du comments:

“Fortunately, we had amazing engineers in the team and judges from Agora to help during the process. Overall, with everyone’s hard work, we not only built a solution but also demonstrated a viable business model.”

Rather than coming out of a hackathon with a basic idea and little else, the OneArc team had a very good idea of what the product was able to accomplish and how it could support itself financially.

This is further evidence of Du’s skill as a leader, not stopping after arriving at an interesting idea but challenging himself and the team to turn that idea into something that could easily become a successful business.

In many ways, OneArc has been a way for Du to utilize and even expand his existing leadership skills, something he attributes to his varied professional background.

“My background of business consulting, design, and programming helps me act as a liaison between different teams. I can better communicate and understand the needs of the business, design, and engineering teams.”

But Du didn’t stop there. He also did extensive market research and marketing on behalf of the company.

He got involved in community events where he could discuss the importance and practicality of emergency information systems as a way to prevent secondary casualties.

This community involvement represented a major advantage for the development of the product as well, since feedback and discourse could be integrated into the development process.

This is in contrast to products that are developed largely without any kind of community involvement, in a kind of insular bubble.

Having community feedback upfront makes it that much easier to prioritize changes and even pivot if needed. 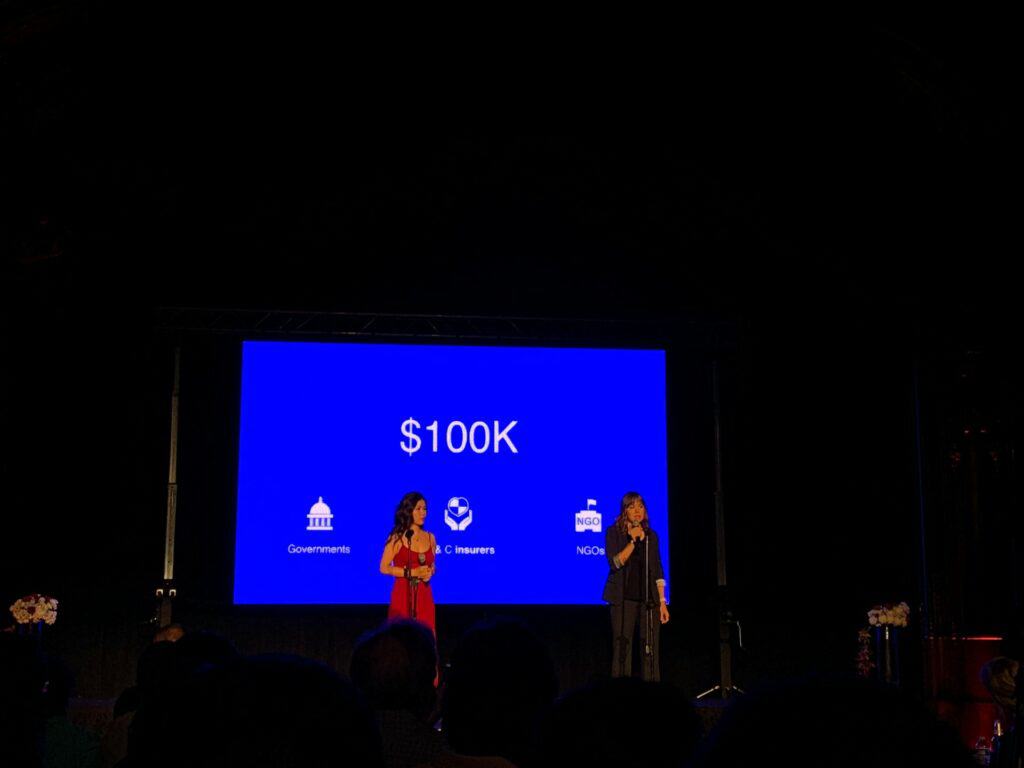 Overall, OneArc has had a relatively brisk development cycle. The first prototype was completed in 48 hours as part of the Angelhack Global Hackathon in 2018.

Even though the prototype had a slightly different focus compared to what OneArc would become, it received a great deal of positive attention, which included the project winning the grand prize, along with other awards.

“After we won the grand prize, Agora’s sponsor prize, and National Environmental Health Association’s (NEHA) prize in Seattle, we were enrolled into HACKcelerator, the world’s largest pre-accelerator. Soon after, we had the first prospective user of the platform, the Oklahoma state government. They saw the value of our platform in disaster relief situations.”

Perhaps one reason for the fast development has been the urgency of OneArc’s offerings, though it also didn’t hurt to have such a skilled team working behind the scenes, either.

It’s fair to say that OneArc quickly became a high-profile project, bringing new possibilities to the table along the way.

Breaking up the band 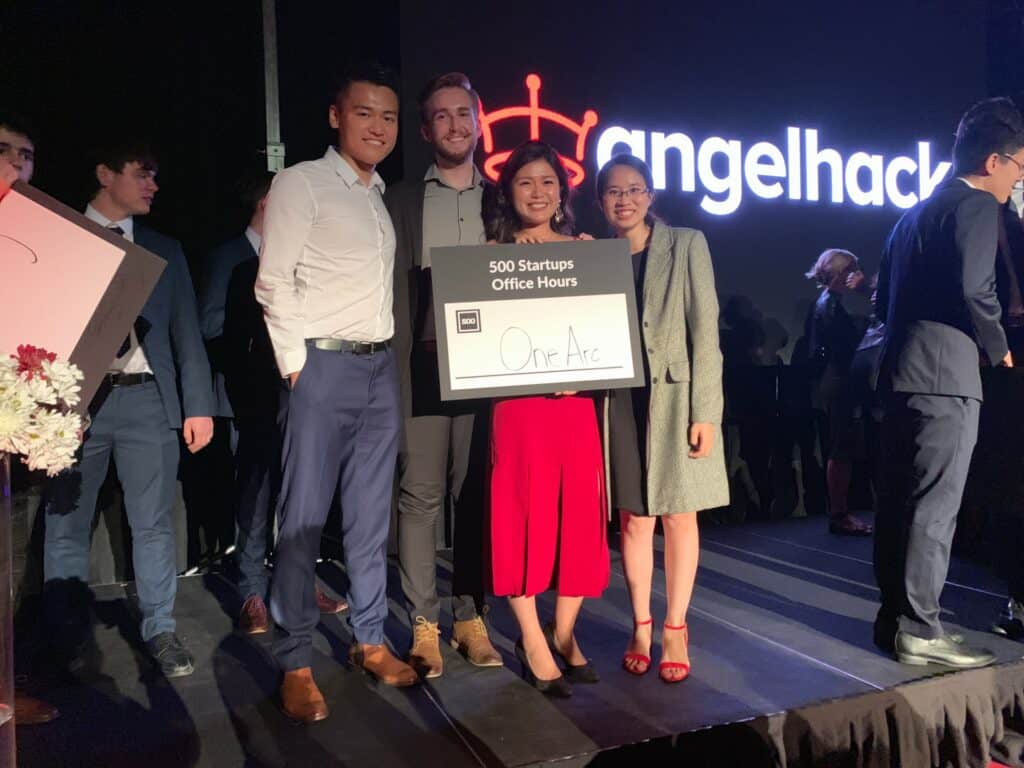 Sadly, the OneArc team split up due to other commitments, but that doesn’t mean that the team members have been left out in the cold.

Du was recruited by Agora and was named the Developer Community Manager, a role that makes use of his unique skills in relation to communication and leadership.

“I’ve led three global developer communities for the company. I’ve organized hackathons and even judged the 2019 Angelhack Global Hackathon. I have been mentoring different teams and helping them succeed. I hope these projects can save thousands of lives one day, just like OneArc would have.”

OneArc may be on hold, but Du’s commitment to practical tech products and services that have a positive real-world impact is definitely here to stay.

In this article:featured, William Du