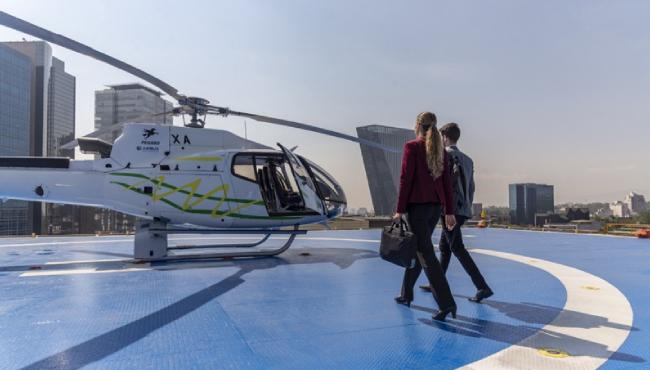 Due to the operating mechanics of the helicopter, it has become indispensable for us, not just for military purposes, but for a several commercial and humanitarian needs as well, with almost 26,500 civil helicopters operating in 157 countries across the globe, according to figures provided by Helicopter Blog. The ability of the helicopter to vertically take off and land without any runway, as well as its ability to maneuver within tight spaces, allows it to successfully complete operations that are not possible for any other type of aircraft.

Here’s a look at the popular ways in which this vehicle is being used the world over, today.

Recent years have seen an increase in the number of tourists opting for aerial tourism, which has driven growth for the air tourism sector, with the helicopter tourism market set to witness tremendous growth through 2019-2026, according to an article on Market Report Gazette. Helicopter tours offer people the opportunity to see the various tourist attractions from a different perspective, allowing them to witness a breathtaking view of various monuments as well as of a stunning skyline, according to experts at Liberty Helicopters.

Helicopters are often used for live reporting, to cover an ongoing event, or to acquire exclusive footage of an occurrence, sporting events, traffic snarls and weather-related incidents.

Helicopters are regularly used as air ambulances in aerial medical rescues. Such aircraft, when used as air ambulances, come furnished with all the equipment required to monitor and treat patients, such as ECG machine, CPR equipment, ventilators, stretchers, etc. The helicopters are particularly helpful in providing assistance to people in remote and isolated locations, where it isn’t possible for conventional ambulances to reach. Certain special privileges have been granted to air ambulances by the ATC, such as receiving priority hanging in the air and on the ground. Since 1972, 400,000 rotar wing medical transports have been made each year in the US, according to an article on Honeywell International.

Helicopters are a pivotal part of the military of any country today. They are nimble and fast, with the fastest military helicopter, CH-47, Chinook, able to reach speeds of up to 347 km/hour, according to an article on Air Force Technology. They are used for the purposes of transporting defense personnel and supplies, for performing search and rescue missions, for the evacuation of injured troops, acting as an airborne command post, and even sometimes armed with weapons to attack ground targets. Military helicopters are generally armored, with heaviest armoring present around the cockpit, transmission, engine and fuel tanks.

Helicopters have become an indispensable part of civil defense relief. Helicopters are used for rescue operations, after natural catastrophes, as well for evacuations after flooding, landslides, or avalanches. The ability of helicopters to carry heavy and odd-shaped loads, as well as hover over a single spot for prolonged periods of time, make them feasible for such operations. Helicopters are also actively used for putting out forest fires, where they dump fire retardant or water on the blaze. Such helicopters are known as helitankers. Helitankers, such as the Eriksen helitanker, can drop 10,031 liters of water per drop and can refill in about 45 seconds, according to an article on Erickson Inc.

Helicopters offer a bird’s eye view of the entire surroundings, while also being capable of carrying heavy payloads. These characteristics make it ideal for discovering and preserving natural resources. Helicopters are used by electricity companies, for the inspection of power lines and substations in remote locations. Oil and gas companies use them for the exploration of new resources as well as for transporting personnel to offshore sites. Because of their ability to carry odd-shaped loads, they are used by mining companies to carry sophisticated equipment.

Modern helicopters have come a long way since the design imagined by Leonardo da Vinci. They are capable of tasks impossible for any other aerial vehicle, and thus, have become indispensable for humankind.