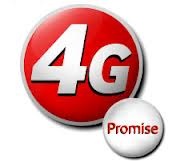 EE (Everything Everywhere) were the first major UK operator to be given the green light to roll out their 4G network this September. And their network rivals certainly had trouble on their hands to try and make sure that they didn’t completely clean up on the awaiting 4G customers. In a desperate attempt to bribe any detractors from jumping the mobile ship, Vodafone and others have devised an offer that knocks 70 per cent off of their remaining contract when they upgrade to one of their 4G mobile phone contracts at the end of 2013.

Also known as the Vodafone 4G Promise, customers can swap any phone in decent condition for a 4G device, and Vodafone will just wipe off 70% of the outstanding contract. Not that they had much choice, since it recently became apparent that the current iPhone 5 will not work on the Vodafone network because of the difference in frequency. O2 are also in the same position and have a very similar offer on the table, although structured slightly differently. The only caveat is that customers must have been with Vodafone on a pay monthly contract for a minimum of 3 months.

Success or otherwise is going to depend largely on how attractive the 4G data plans are, and of course Vodafone are not in a position to reveal these until late next year. If EE’s prices are anything to go by, we can assume they will not be cheap. Firstly and most crucially there is no unlimited data plan. Given how much extra usage will be driven by this new super-fast service we think that’s pretty disappointing. Price plans start at £36 a month for a measly 500GB of data, and you’ll have to commit to 2 years for that. The most data you can buy on a mobile phone contract is 8GB, but it will cost a whopping £56 a month. Naturally, once all the other networks have pulled together their 4G mobile phone contracts the prices should reduce through competition.

So we’ll have to wait and see with regards to 4G mobile contract prices, but what does look certain is that for network reliability, Vodafone and O2 have thought ahead. By putting their masts together and creating one grid, they will be developing the most comprehensive network footprint in the country.  Jointly building this infrastructure means that coverage quality will be increased and it will provide the backbone of the 4G service when it launches next year. Vodafone has announced it intends to provide 98% of the population with 4G indoor coverage on the new spectrum, and delivered faster than ever before.

The 4G promise is available to all customers until the end of 2013. Together with the promise of a shiny new network too, we think it might be one worth holding out for. 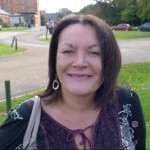 Sheridan Carnell has worked in IT and mobile phone marketing for many years, most recently for Vodafone Free SIM and has a keen interest in technology. She currently writes insightful articles and expert review content for GizmoBird and other blog sites about interesting events and developments in the mobile world.