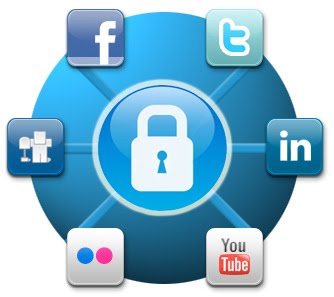 Over the course of human history there has never been an era where human interaction was as convenient and prevalent as it is now. Even as many people decry the decline of face-to-face interaction everyday people are interacting with people who they never would have been able to interact with even twenty years ago.

All over the world fans of the soccer clubs such as  Chelsea are able to celebrate together, using team fan sites, over the team’s advancement to the final of the Europa League. Through social media an American living in London is able to discuss recent unrest in the Middle East with their Spanish friend living Montreal. This is possible because of social media sites and so because of these sites it is not a stretch to say that people have never shared so much about themselves with so many others as they do now.

It is also true, however, that people have never shared so much with so little concern for their privacy. Twenty years ago people kept all but their most basic information under virtual lock and key but today we happily share our date and place of birth, name of our first pet, mother’s maiden name, favorite movie or book, favorite color, first school teacher and numerous other snippets of information to a faceless sign-up page.

The idea behind this type of information sharing is nothing new. Consumers have long handed over a little personal information in exchange for services such as banking and finance, utilities, and healthcare. The medieval coat-of-arms were the rough equivalent of the security procedures that people provide to internet sites today. There is a huge difference now, however, which is that the information people provide is digitized and accessible online and is being handed out to virtually anyone who asks, regardless of how unknown the business is.

Of even greater concern to many is the amount and variety of information being gathered without a person’s explicit permission.

Whereas retailers and others used to tweeze out information gleaned through loyalty cards, prize drawings, and catalog mailing lists, now these old standbys have been massively augmented by customers researching and purchasing online, leaving in their wake a digital trail of cookie crumbs detailing their needs, tastes, and desires.

The internet has been used widely since the mid-nineties but since then hundreds of millions of people have come online and become regular users of commerce sites and social media. Early concerns about online privacy have been sidelined by the desire for more speed, more convenience, more choice, and more great deals. Complacency has bred lazy attitudes towards sharing personal information online.

Although this trend is not one that is likely to be reversed any time soon there are a few rules that a consumer and company should remember when sharing information online.