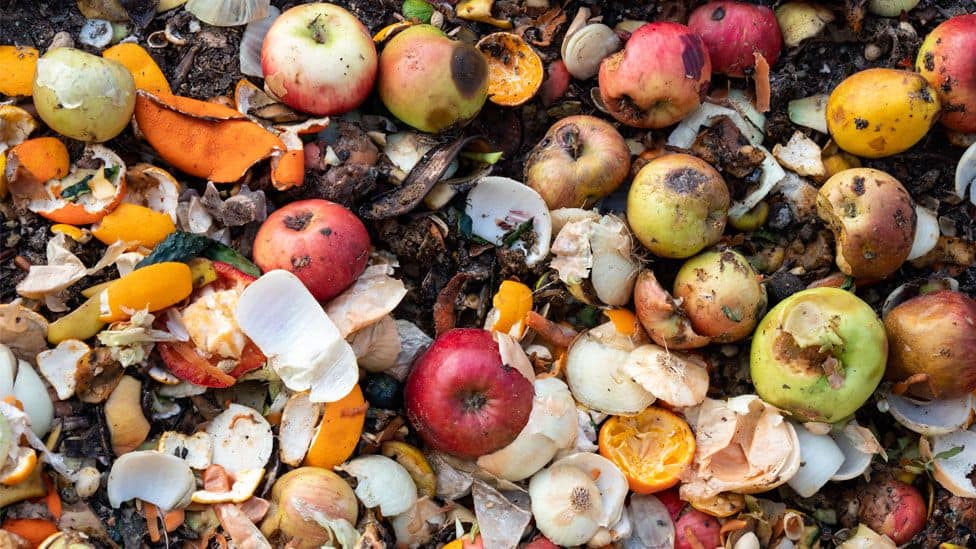 Every year, 1.3bn tons of food produced across the globe is wasted — amounting to nearly ⅓ of all food consumed in that time. Since all uneaten items eventually end up in a landfill, rotting away and generating methane gas, food waste directly impacts climate change. According to the WWF, it’s not just about solids and gases either, as “66 trillion gallons of water go into producing food that’s lost or wasted”.

However, it’s not all doom and gloom. Waste management company Bywaters reminds us that, in terms of individual action, “you can reduce your food waste by only buying what you need, using up leftovers, and planning ahead to avoid purchasing any food you won’t use. Utilising your freezer storage is another good idea, as you can freeze food before it goes out of date, allowing you to use it in the future”.

At the end of the day, however, while there are plenty of things we’re able to do personally, there is a limit when the problem is a wide-scale, structural issue. This is precisely why technological solutions are helping to pioneer new methods to reduce food waste in a much greater capacity — which this article will explore with great curiosity.

If ever there was a mutual win more solid than this, we haven’t heard of it. With Too Good To Go, customers get high-quality food at an incredible value, while eliminating food waste incurred by businesses. The app allows its users to buy unsold food from top cafes and restaurants at the end of the day so they don’t just bin it. Instead of delicious and perfectly edible grub landing on top of a landfill and emitting a heap of CO2, it ends up on your plate.

The free app started with a weekly plan that sees customers pick up a Magic Bag — one meal a day taken from an eatery that is going to waste — so not only do they not have to feel guilty about indulging during the week, they can pat themselves on the back for helping the planet. For the producers, they can feel more secure that their livelihood is not generating as much refuse, and their time and effort has not been squandered.

This company is simply too good to ignore, and its future is looking bright. Not only has Too Good to Go raised £31 million for its cause, it also recently teamed up with Southern Co-op to let supermarket customers buy food that would otherwise be heading for the rubbish heap in-store.

This innovation is a little more scientific. Bluapple also attempts to prevent waste, but by extending the shelf or fridge life of fruits and vegetables. The company, which started with two friends in 2009, discovered a method of manipulating ethylene gas. For those of you who can’t quite remember your GCSE chemistry, ethylene is the hydrocarbon that causes fruit and veg to decompose. It occurs at a molecular level and results in physiological changes to the product, such as an unflatteringly brown banana.

The added freshness is made possible by Bluapple’s small, apple-shaped balls that contain a packet that absorbs and neutralises the ethylene gas in a typical home refrigerator, fruit bowl, or storage container. The active ingredient, sodium permanganate, continues to absorb ethylene until it has reached its capacity. The gadget itself is also entirely reusable: customers grab a One Year Refill Kit, allowing them to reuse their Bluapples, rather than throwing them out.

The result? Produce which stays ripe and lasts much longer — all you need to do is put the ball in close proximity to where you keep your fruit and veg, and make sure that you put in a new neutraliser packet every three months.

In a similar vein to Too Good To Go, Olio is a platform that focuses more on your location. By creating a network between neighbours but also local businesses, users are able to simply upload a picture and a description of any food people are otherwise going to get rid of, for anyone else nearby to put to good use. This gets right to the heart of the cause of most post-farm waste, as a whopping 60% occurs in households, rather than in the catering, retail or industrial sectors. To put it into an even greater perspective: an average of 22% of the weekly family shop (around £730) goes straight in the bin.

Starting in the UK but now operating 5000 miles across the Atlantic in California, with over 450,000 users Olio is the largest food-share network in the entire world. Given its business model is based on a mission to remove excess food waste, the company can be deemed as carbon negative, meaning that it “diverts far more greenhouse gas emissions than [it] produces”.

More to the point, Olio proudly points to the fact that “the carbon emissions we create as a business is offset by only 4% of all the carbon we’re saving as a result of our waste busting activities”. Of the carbon-intensive part of its supply chain, the majority comes from mobile data providers and website usage, so Olio is also encouraging its users to switch to green network providers for when they use the internet to place an order.