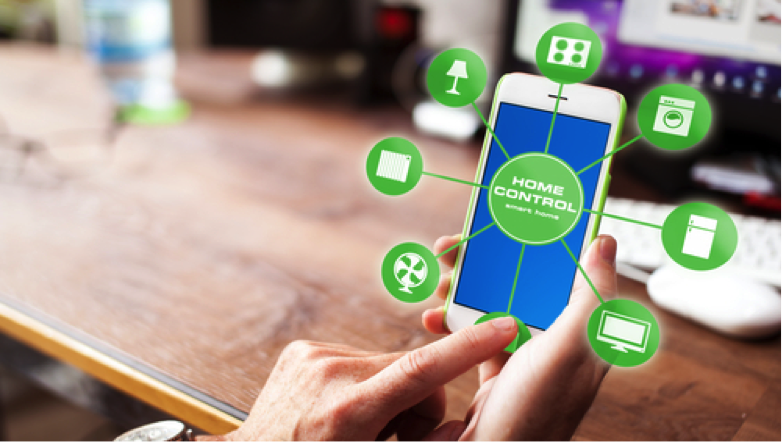 Smart home technology was on full display this August at IFA, Europe’s biggest technology expo. Highlights showcased the integration of smart home internet connectivity with other hot tech trends. This year’s smart home devices are smarter than ever, combining online connectivity with artificial intelligence. Interoperability emerged as another key theme, with smartphones and TVs now talking to smart home appliances such as refrigerators and washing machines.

Innovations such as this are being driven by the vibrant growth of the smart home market, which grew 16 per cent between 2016 and 2017 from $72 to $84 billion and is on track to continue increasing at a CAGR of 10 per cent to reach $155 billion by 2023, Strategy Analytics projects. Here’s a look at three of the major innovations in smart home gear.

All signs point to security as being the key driver of smart home innovation. For instance, over four in 10 homeowners already have smart security technology, and approximately two-thirds of potential homebuyers would like to see smart cameras and locks preinstalled on their new properties, a Coldwell Banker survey reports. Realtors concur, with eight in 10 seeing smart security as very or somewhat important to their clients, well ahead of any other smart home technology, according to the National Association of Realtors.

Voice-controlled digital assistant technology is another major driver of smart home tech innovation. Smart speaker ownership has exploded over the past two years, with devices such as Amazon Echo and Google Home now owned by 47.3 million Americans, equivalent to one in five U.S. adults. Already worth $4.5 billion in 2017, the smart speaker market will grow at a CAGR of 20 per cent between 2018 and 2024, Global Market Insights predicts. This trend is making smart speakers a preferred method for interfacing with smart home systems.

As smart speaker use grows, competitive companies are introducing innovations in order to capture a share of the thriving market. Bose, the latest major player to enter the arena, has set a new bar by introducing a new smart speaker, along with smart soundbars. Designed to integrate Amazon Alexa with smart TV systems, Bose’s new speakers feature the stereo sound quality the company is known for, setting them apart from mono sound competitors, and also includes a screen that shows what’s currently playing on your TV.

Voice control has spilt over into smart home appliances, another key area for smart home innovation. Whirlpool has been at the cutting edge of this trend at the past two years’ Consumer Electronics Shows, introducing appliances that integrate with Amazon Alexa and Google Home. For instance, Whirlpool’s smart range can be controlled by voice, touch or app, enabling homeowners to automate routine cooking steps in order to prepare meals more efficiently.

While most smart home appliances emphasize remote control automation capability, some are taking things a step farther. For instance, the FoldiMate robot can fold your laundry for you in less than four minutes. Robot vacuums and lawnmowers are some other examples of how smart appliances are making life easier for homeowners.

Security, voice control and automated appliances are three of the biggest areas for smart home technology innovation. New innovations are incorporating other key tech trends such as 4K video resolution, smart speakers and robotics. As these other technologies continue to advance, a smart home tech will improve in efficiency as well, saving homeowners time while making home maintenance easier and keeping homes safer.