Recently, Netflix announced that it was changing its prices, effective immediately, for new customers. Current customers have until September 1st to change their plans. Previously, Netflix charged $9.99 per month for both unlimited 1 DVD out at-a-time rentals and unlimited streaming. Unlimited streaming, by itself, cost $7.99. With the change, the physical DVD rental was split into a new plan priced at $7.99. So, the new equivalent now costs $15.98, a staggering 60% price increase. Netflix users are up in arms about the price change; evidence can be found in the 37,000+ comments on Netflix’s Facebook update and 5,000+ comments on their blog post.

The rationale behind the new strategy is that Netflix sees physical DVD rentals as having a greater value than a $2 additional fee on top of the streaming service. Personally, I think Netflix is correct in this assumption. If Redbox can charge $1 per DVD, why should Netflix only charge an additional $2 for as many DVDs as possible in a whole month? Additionally, Netflix is incurring higher licensing fees for Instant titles due to the increase in people watching.

What probably angered current users the most is the lack of reasoning for the price increase other than for Netflix’s own financial benefit. Should Netflix have said they were changing the plans and prices based on user data and preferences and so they can purchase new, additional content for the Instant service, I think current users would be singing a different tune. I sincerely hope this is what their plan is and they somehow forgot to mention it.

It sounds like I’ll be in the extreme minority, but I think the price change will actually work out better for me and my wallet. As a movie-buff, I’ve scoured what Instant Netflix has to offer over the years and watched just about all that I wanted to. Let’s be honest, many of the titles are not worthy of watching in the first place. Really, direct-to-DVD horror and slapstick comedies with no-name actors are not my thing.

When August 31st rolls around, I’ll go ahead change my plan to the 1 DVD out at-a-time service and will luckily be able to pay less. I will have to forgo the Instant service, but I’ll be able to focus on renting the new releases and quality films that are unlikely to appear on Instant until long after their release anyway. If Netflix wants me to purchase Instant service in the future, they will have to add new, quality content to their catalog.

How does everyone else feel about the change? Are you going to cancel your service or pay the additional fees? 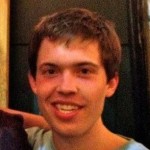 August Drilling works for CliqStudios.com, an online site for kitchen cabinets, and loves social media, entertainment, and all things Apple.