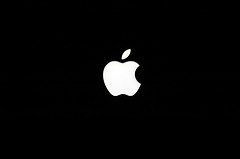 The Methodist Church in Britain has launched the first iPhone app by a major denomination that will make it possible for iPhone and iPod Touch users to read bible studies and daily prayers. The free daily prayers and Bible study sessions app targets both practising and non-practising Christians who are in search of alternative ways of reading the Bible.

The app which makes use of the ‘Word in Time Bible’ study course can be downloaded from the Apple App Store and users can read or download passages, latest news, tweets or podcasts for free. This latest development is in addition to other previously released religion-based apps, such as iSiddur and iQuaran. It brings the use of technology by religious institutions to attention and raises concern about whether technology might actually threaten rather than complement the development of more traditional forms of worship.

Should technology be used for the propagation of religion?