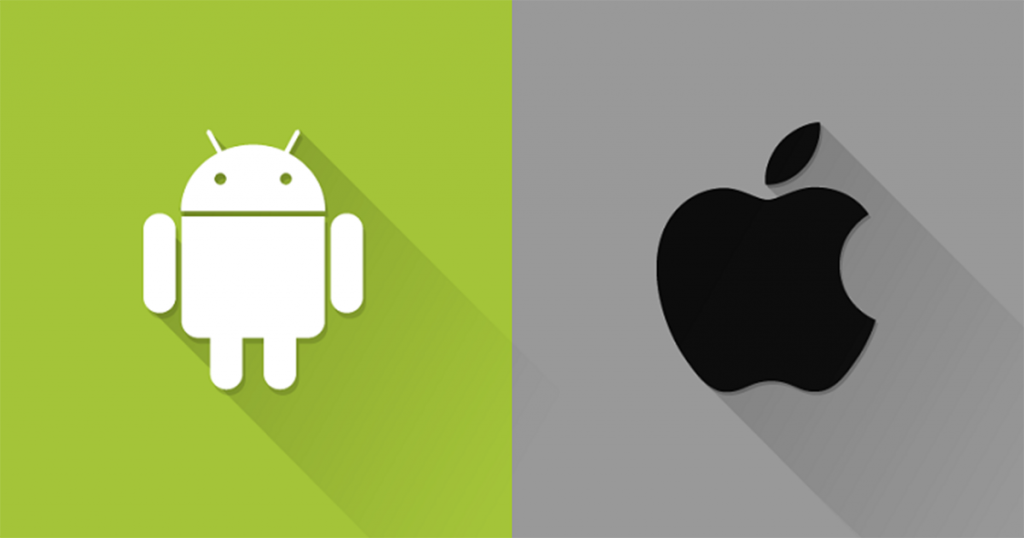 The obvious difference here is that while Android is supported by many manufacturers of smartphones, with the iPhone the sole manufacturer is Apple. Apple nonetheless have built their reputation on innovative design, and the iPhone has a lot to recommend it.

The interface is fantastically intuitive and the range of phones have good specs and app support. However, Android is considerably more flexible, with more customisation options and an open source platform allowing for a wider variety of applications.

Along with this though, there’s a higher chance of malware, the support isn’t as good, and the interfaces can change drastically depending on the phone model that’s running it. That said, iPhone’s have no capacity for extra storage and prices for high-volume iPhone’s rise steeply.

Many Androids on the other hand offer microSD slots that can expand your storage capacity cheaply. There are also top-end Android phones with better specs than the equivalent iPhone. Look at your budget when choosing, but chances are your money will go further with an Android.

Only recently, it was the case that iOS, Apple’s mobile operating system, got preferential treatment from app developers. Today, that’s no longer the case and most platforms enjoy releases at the same time. Really, it’s a dead-heat here, and as long as you’re going with one of these two you’ll have the full range of apps available to you.

Android has caught up with iOS’s streamlined design over the years, to the point that both are pretty much top tier as far as what’s available. The functionality and interfacing of both are incredibly efficient and user-friendly, to the point where it’s hard to call which one is better. Ultimately, it’ll probably come down to personal preference, so consumers should try to get hands-on with both before making a choice.

iPhone apps all sit on multiple home screens as they have from the beginning. You can try organising them in subfolders but essentially your options are pretty rigidly constricted. Android, on the other hand, allows for lots of customisation, letting you fill or empty the home screen as you like, and add widgets for weather or reminders if you feel like it. This freedom puts Android ahead in this regard.

Another place where Android has caught up recently, with Google Assistant (available on compatible devices) being as effective as Apple’s Siri in most regards. Both can be used for tasks, reminders, messaging and verbal dictation. Some can also be used as a conduit to operate networked functions in the home like lighting and temperature controls, but this is obviously only possible with compatible control systems.

Here you’d expect Android’s open-source format to win out, and for the most part, it does, but with some provisos. With Android, it’s a lot easier to change default app settings for what app to do what function, whereas iPhone remains set to using Apple first-party apps in this regard.

Android also works better in tandem with other devices or networks, whereas Apple keep most of the iPhone walled off were you to try plugging it into a computer. On the other hand, most first-party Google apps are available on iOS, whereas Apple programs can only be found on iPhone. All in all, though, Android’s flexible foundation wins out, especially for those looking for more customisation.

Apple has the win here. They’re heavily encrypted and most of the data harvesting that takes place is in the form of metrics. Google, Android’s developer, is known to use this info for profiteering, so be wary. Plus it’s more vulnerable to malware, but on the whole Android security is pretty good for most people’s needs.

As the markets reflect, there are good and bad reasons for both. For a budget, you’re probably getting more for your money with an Android, as part of Apple’s price inevitably is boosted by the “cool” around the brand. For tech heads looking to do a lot of fiddling and customisation, Android wins out as well.

For people with the money, the iPhone is still an excellent piece of integrated hardware with plenty of uses that would also make sense if a consumer has lots of other Apple products to link it too. It will come down to the needs of the individual, although on reflection the Android market can offer better value.

Android vs. iPhone: Which is Better? (The Advantages of Both)
https://www.techsling.com/2017/11/android-vs-iphone-better-advantages/??utm_source=social_shares%26utm_medium=own_media%26utm_campaign=SESSBW
Be the FIRST to Know - Join Our Mailing List!

Kaya Johnson
Hello. I'm a 38-year-old sales accountant from Yorkshire, UK. I'm relatively new to the whole blogging field but eager to write articles thus be a contributor to your platform.