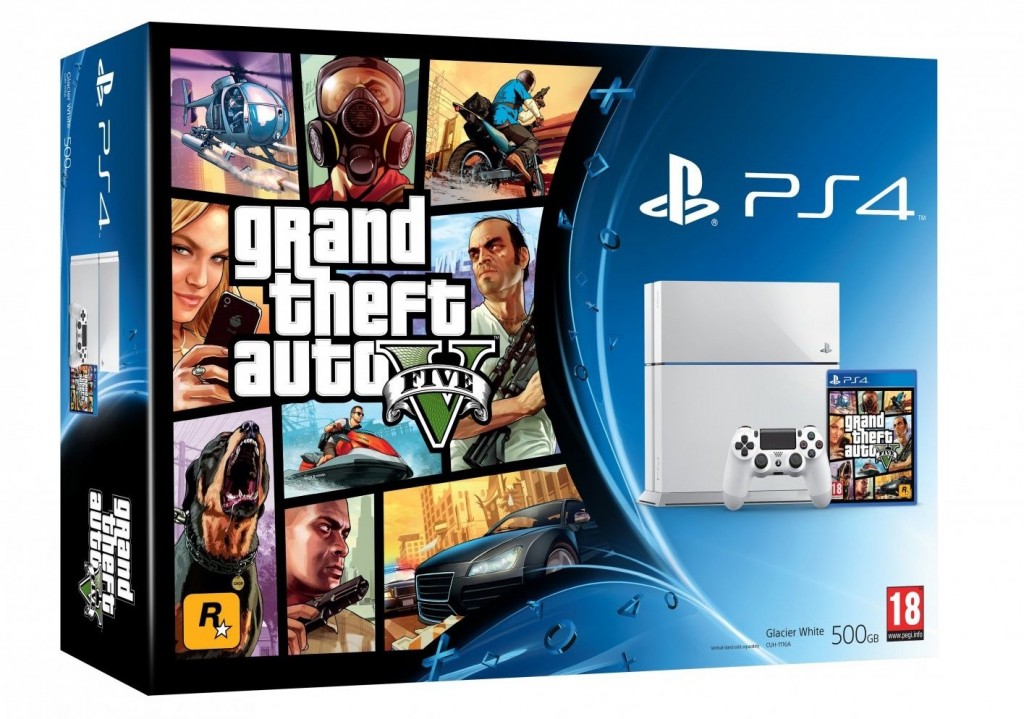 You’re riding along a San Andreas motorway, the strains of Phil Collins on the radio, a pistol in your hand and the sun beating down on your glistening supercar. But you’re bored of your vanilla four-wheeler. So you pull out your phone and order a blimp ride. Within minutes you’re soaring through the skies with the grandeur of a 1920s’ parade. This is Grand Theft Auto V – and it’s even better as a PlayStation 4 game.

When the perennially successful sandbox game was released on the PlayStation 3 in 2013, it was an undeniable success. Not without its controversies – it’s questionable portrayal of women being one bone of contention – the game still went on to become the highest grossing title of all time.

So chances are there’s a copy sitting next to your PlayStation 3, so should you upgrade to the PlayStation 4’s ultimate version?

In a few words – god yes, go out and buy it RIGHT NOW. Ahem.

The marquee feature that sets this version aside from its previous iterations is a first-person mode, accessible via the touchpad. What could have been a tacked-on gimmick gives the game an entirely new personality.

Every vehicle is pimped out with perfect detail on the dashboard in first-person mode. The cartoon violence in third-person suddenly has a grim immediacy to it. And the feeling of plummeting from a plane without a parachute is enough to give vertigo-sufferers a panic attack.

It’s strange to think that the first-person mode would make such a huge difference, especially with the proliferation of first-person shooters on the market. But it’s a mode that turns the GTA universe on its head, immersing you in the nihilistic glitz of Los Santos.

Also adding to the fun is the new Director Mode, which allows you to record your San Andreas adventures and edit them together. The mode even gives you the chance to control other character models and manipulate the environment around you to make ace videos.

Moreover, there’s extra radio stations, weapons and vehicles. Automatically unlocking the blimp at the start of the game is really only the tip of the iceberg.

The major additions, however, are in the little things. The light on your controller flashes blue and red during police chases. Phone calls will play through your controller. The touch pad seamlessly integrates with the gameplay, and the graphical upgrade means this has never looked better.

If you didn’t enjoy the game the first time around, this remastered edition won’t win you around. The misogyny, ultraviolence and flabby plotting still plagues the rest of the game. But those of you ready for another helping of gangster shenanigans, this is the perfect title.