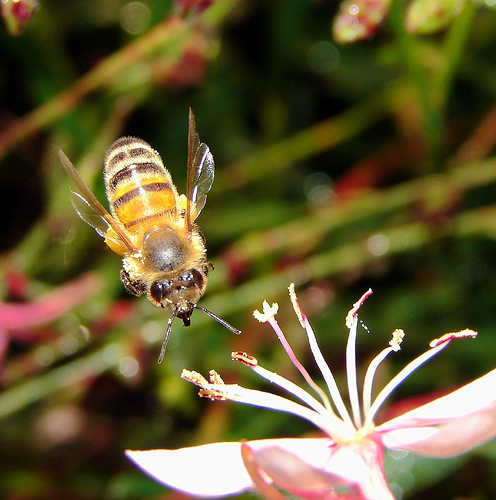 Although drones these days have been making the news because of their military use, particularly in taking out terrorist targets, we can’t overlook the increasing use of drones in the civilian sector as well. If it’s not Amazon talking about using drones to deliver packages or how Sensefly used drones to create a three-dimensional map of the Matterhorn, it’s the realization that drones are being used in such diverse fields as meteorology, traffic management, disaster relief, and environmental compliance. Talk about drinking from the fire hose!

And considering how all of those drones are collecting massive amounts of information, it’s easy to see how drones are causing a deluge of data. All of that video means a dramatic increase in the amount of data available for perusal, which in turn could mean an advantage for the business sector as well, specifically in terms of contributing to Big Data. Yeah, when I’m not working at the hive, I moonlight for the NSA

Big Data is defined as information derived from all sources, including traditional methods as well as more current, higher technological means. This information is delivered both structured and unstructured, and in such vast quantities that it can’t be processed with normal software or database management applications. Big Data is used to get a better grasp on today’s world, and so it helps businesses make more informed decisions.

So you can just imagine how much more data gets brought in courtesy of drones. Whether it’s creating ultra-detailed maps or measuring the air over crops for pathogens or anomalies, it looks like Big Data is getting a boost. Maybe we should start calling it “Bigger Data”, or perhaps “Humongous Data”?

So Many Uses, So Much Data, So Little Time

Drones can be used to monitor traffic flow, find oil deposits on the ocean floor, and conduct law enforcement operations. While the idea of a company like Amazon utilizing drones for the delivery of smaller packages is half-amusing and half science fiction, at least for the foreseeable future, the possibility of drones being an everyday sight is rather high.

But unlike the paranoid fears of those folk who think drones will be constantly hovering over their shoulders, spying on them like something out of 1984, it’s a certainty that the proliferation of drones for gathering information will eventually improve everyone’s quality of life. That’s not to say that drones are immune to being misused, and just because you’re paranoid doesn’t mean they’re not out to get you.

This is why, like with any other new technology, drone-based information gathering will require its own rules of engagement and means of conducting operations that doesn’t infringe on anyone’s privacy (not to mention the whole concept of increasingly crowded airspace). But when you stop and think of how we don’t even have rules in place yet for smart phone etiquette, then who knows when such guidelines will be put into practice, and for that matter, who decides those policies. Maybe it’s another case of technology outpacing the rules and procedures for its proper use. Only time will tell.

Until then, watch the skies …

How Drones Are Causing A Deluge Of Data
https://www.techsling.com/2014/03/how-drones-are-causing-a-deluge-of-data/??utm_source=social_shares%26utm_medium=own_media%26utm_campaign=SESSBW
Be the FIRST to Know - Join Our Mailing List!

Big DatadronesPrivacy
Previous ArticleManaged Backup: Is It Necessary?Next Article8 Things To Keep In Mind Before Purchasing A .dk Domain

John Terra
Born in the Boston area in 1959, I started writing in 1985. I live in Nashua NH with my wife and three cats. We have four kids in our blended family. I am an utter geek who's into gaming, horror, SF/fantasy, the Red Sox, trains, running, history, and a bunch of other things.