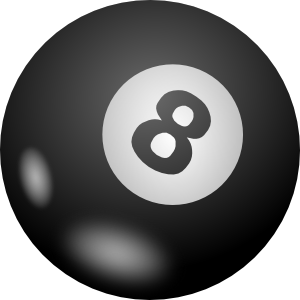 The growth of social media has been truly staggering. Back when MySpace was popular, social media was largely viewed as a fad that would eventually fade. In addition, social media was viewed as the realm of teenagers and young adults. Today, however, social media represents one of the largest vectors on the Internet, and it reaches across all demographics. As a result, businesses are using social media as an effective way to reach potential customers. There are, however, some pitfalls that those running campaigns have to avoid. Here are eight ways to improve a social media campaign.

1. Avoid talking about the platform

Even though the major social media platforms have been around for years, the novelty factor of these networks is still high. Despite this, those running social media campaigns must avoid talking about the platforms too much. Campaigns must be focused, and excessive discussion about Facebook or Twitter needs to be avoided.

The major social media platforms are now providing ways to find out where users are located. Effective campaigns must take advantage of this, and those who run them should ensure that they target those in their region. For businesses that operate locally, targeting people who live in other areas will not lead to sales or conversions.

3. Know when people use social media

There certain times of the day when people are more likely to use social media, and effective campaigns must post information during these times. People often follow hundreds of others on social media sites, and posts quickly become lost that there posted at the wrong time.

It is easy to ask people to like a page, but they should be rewarded for doing so. The reward need not be anything special, but there should be some incentive for them when they help the campaign.

5. Write to the audience

Too often, those who run campaigns think of themselves as the audience. In most cases, however, the target audience is looking for different information. When running a campaign, it is important to ensure that the audience is considered first.

6. Do not forget about blogs

Some people think that mobile check-ins only work for restaurants. There are, however, other types of businesses that have seen considerable success from this strategy. Medical and dental practices, for example, can use this strategy successfully.

Setting up tools to analyze performance will take some time, but the data they provide is invaluable. Those who run campaigns will want to ensure that they collect as many data points as possible, and this data should be analyzed regularly.

Social media is a powerful tool, but its effectiveness has caused it to become saturated. In order to succeed, it is important to take advantage of all tools possible and constantly change the strategy when analyses dictate that a change is warranted.

8 Ways To Improve Your Social Media Campaign
https://www.techsling.com/2013/02/8-ways-to-improve-your-social-media-campaign/??utm_source=social_shares%26utm_medium=own_media%26utm_campaign=SESSBW
Be the FIRST to Know - Join Our Mailing List!

Robert
Robert writes for Cizaro Systems, a retail pos business for the past 6 years. We provide quality products essential in all aspects of retail operations. Our understanding of the retail cycle enables us to provide the knowledge necessary to build pos terminals tailored to your specific needs.  Whether you need the whole solution or just one piece of the puzzle, Cizaro will not only meet but exceed your retail automation needs.