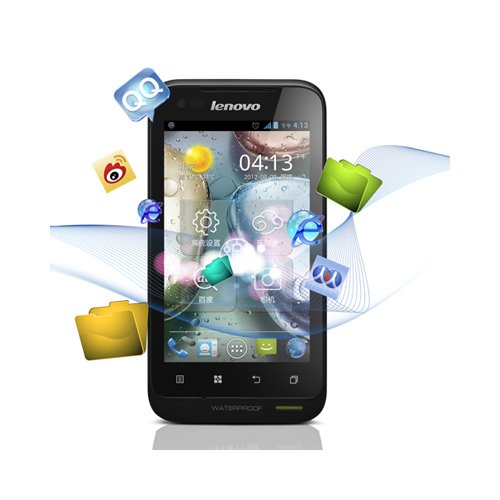 Technology is at its peak every year. This can be clearly exhibited by the various innovations sold in the market. Smartphones are just one of the technological advances that are continually in a boom. The Lenovo Mobile Company released the Lenovo A660 in October 2012. For consumers who are searching for a new and improved dust and waterproof smartphone, then the Lenovo A660 is definitely up for grabs. It does not only have a faster processor, but the battery life, on board memory, and operating system has also been upgraded. Design & Display.Indeed the Lenovo A660 is an amazingly brilliant smartphone with two colors to choose from, orange and black. This is one of the few smartphones ever invented to be IP67 certified, meaning it has dust and waterproof capacity. The handset can stay under a meter of water for at least 30 minutes.

It is relatively smaller than the other high end smartphones, featuring a very responsive 4-inch capacitive touch screen with a resolution of 480 x 800 pixels in 16M colours and is made more durable and scratch resistant with the protection of the Corning Gorilla Glass. This smartphone runs with an Android 4.0 Ice Cream Sandwich operating system and is powered by 1GHz dual-core processor, an ideal smartphone for people who are always on the go. And because it runs on Android, it should have no trouble running on third-party services like a RingCentral telephone service provider subscription.

Memory & Data.The internal memory could store up to 32GB and 16GB RAM. There is a card slot for an external microSD card which is expandable up to 64GB. For data management, theLenovoA660 like any other average smartphone is Bluetooth-able and is supported by GPRS and EDGE. For mobile internet usage, this handset is also backed up by High-Speed Downlink Packet Access or HSDPA and High-Speed Uplink Packet Access or HSUPA, allowing it to access the mobile internet in an average speed. It also has the ability to connect to the WIFI and also share the WIFI to other gadgets by converting the handset into WIFI hotspot via internet tethering.

Camera. This handset is equipped with an average 5 megapixel camera and a VGA front facing camera, letting you take a pictureanytime, anywhere you want to, and even underwater when you want to capture some precious moments.The average quality camera is fortunately combined with some other features like geo-tagging and autofocusto improve your shots.

Dual-SIM Capacity. The Lenovo A660 is built with the capacity of using two SIMcards at the same time. This feature is beneficial for those who carry with them two cellular phones, one for private, and the other for business use. With the ability of this handset to carry two SIMcards at one time not only saves space, but it also allows the user to choose what service network he wants and take advantage of the various pricing plans of calls and texts in such networks.

Battery. This unit is packed with a1500mAh lithium ion battery which provides enough power to last for at least one day.

In general, the Lenovo A660 is a durable and average quality smartphone that offers good specifications and has amazing features. This could be a very useful smartphone if used in its full capacity.

Leiden Johnson
Leiden Johnson is a photographer by trade but loves all those geeky, tech stuff and the outdoors. If she's not working or going out, you can see her in front of her computer either writing about anything or playing MMORPG’s which helps her to be more creative in her photoshoots. Follow her on Twitter.